The World Health Organization (WHO) has set a goal to eliminate hepatitis B virus (HBV) and hepatitis C virus (HCV) infections as a major public health threat by 2030, which it defined as 80% of patients receiving treatment, a 90% reduction in incidence, and a 65% reduction in mortality compared with 2015 levels.1-3 To achieve this ambitious goal, the WHO and other hepatitis experts have called for broad-scale hepatitis testing, particularly in resource-limited settings, where the hepatitis burden remains the greatest.2,3 Several alternative testing tools, including point-of-care (POC) tests and dried blood spots (DBSs), have emerged as alternatives to gold standard immunoassays that require access to sophisticated clinical laboratories and are playing a critical role in helping advance the WHO’s goal.2,3

In 2013, viral hepatitis resulted in 1.46 million deaths worldwide, a death toll significantly higher than that from HIV, tuberculosis, and malaria.1 Efforts to improve hepatitis testing are vital to decreasing this number because many patients remain asymptomatic for years, sometimes decades, until chronic infection leads to life-threatening complications such as cirrhosis, decompensation of cirrhosis, and hepatocellular carcinoma.2 While patients are asymptomatic, HBV and HCV can be unknowingly transmitted to others in the community, including from mother to child.

Modelling studies estimate a global prevalence of HBV and HCV infections of >291 million and >71 million cases, respectively.4.5 Although infant vaccination programs have helped curb prevalence rates, they have yet to be implemented in many low- and middle-income countries, and the absolute number of infected individuals has continued to expand as a result of population growth.2 Subsequently, there is a significant burden of undiagnosed disease, and many patients who are candidates for antiviral and other life-saving treatments are missing the opportunity to receive them.

POC tests, also called rapid diagnostic tests (RDTs), enable diagnosis to occur in the setting where a patient is receiving care, whether that is in a healthcare office or somewhere in a remote, nonmedical setting.6 These tests eliminate the need for specialized laboratory equipment or rigorous training to obtain results. They can assess specimens of whole blood, serum, or plasma collected by venipuncture, small amounts of whole blood collected by fingerstick, or oral fluid using a variety of technologies, with lateral-flow tests being the most commonly used for hepatitis, followed by flow-through tests.2 Both tests use a membrane that contains a dry reagent that interacts with the applied body fluid to reveal whether the hepatitis antigen or antibody being assessed for is present. With lateral-flow tests, the reactants and detectors are included in the test strip, whereas flow-through tests require an added wash and buffer step, limiting their portability and stability.6

Most currently available HBV tests assess for hepatitis B surface antigen (HBsAg), which is the first serologic marker to appear in the setting of acute infection, and require use of whole blood, serum, or plasma. No tests have yet been approved by the US Food and Drug Administration (FDA) or prequalified by the WHO; however, most are European conformity (CE) marked (ie, conforms with health, safety, and environmental protection standards for products sold within the European Economic Area).2

The study investigators noted that although the reasons for the lower performance of RDTs in individuals with HIV remains unclear, “HIV-reverse transcriptase inhibitors active against HBV can modestly reduce HBsAg levels and therefore detection by RDT.” They explained that studies quantifying HBsAg levels in individuals with coinfection have found those with false-negative results to have lower concentrations of HBsAg and generally lower HBV DNA than true positives.7 Subsequently, it may be prudent to use RDTs and interpret their results more cautiously in patients receiving antiretroviral therapy for HIV.

Many POC HCV tests are available, including tests that can assess oral fluid for anti-HCV antibody. One such test, the OraQuick® HCV rapid antibody test, can also assess whole blood, serum, and plasma, and is the only RDT that is FDA approved, WHO prequalified, and CE marked.2 Several others antibody tests are CE marked (eg, TOYO anti-HCV test, Signal HCV Ver 2.0, MultiSure HCV) or WHO prequalified (eg, SD Bioline HCV), but no others have FDA approval.2

The meta-analysis did not undertake subanalyses based on HIV coinfection because data were insufficient; however, HIV coinfection has been associated with some false-negative results on blood and oral fluid RDTs, possibly as a result of patients with residual HIV replication (HIV RNA level >200 copies/mL) having lower immunoglobulin G levels.2 An association between female sex and false results on OraQuick testing has also been reported in 0.52% to 1.31% of cases.9 The reason for this remains unclear and further studies are needed.9

DBS tests are easy to collect, painless, and inexpensive, and they can be prepared in any setting by people with limited training. The test involves applying a few drops of blood to a piece of absorbent filter paper on a specialized card that can be mailed as nonhazardous material to a reference laboratory. The laboratory then uses the specimen to undertake serologic, molecular, and other tests. A variety of cards are available for DBS testing, each with its own requirements regarding sample volume, ideal temperature of conservation, and maximum storage duration.2

A major benefit of DBS testing is that the same sample can be used for initial screening and confirmatory testing, reducing the testing burden. The initial screening assesses for HCV or HBV antibodies, which, if found, are confirmed by HCV RNA and HBV DNA assessments, respectively. However, these tests have been found to be less sensitive than RDTs assessing fresh whole blood, serum, or plasma, and they may be vulnerable to errors if sample sizes are insufficient, if there is difficulty extracting nucleic acid from the filter paper, or if the sample has degraded because of exposure to harsh environmental conditions.2 Despite such vulnerabilities, DBS specimens have been shown to remain generally stable over time and to maintain good accuracy even when exposed to higher temperatures and humidity.3 Additionally, use of DBS for hepatitis B and C serologic and nucleic acid testing has shown good diagnostic accuracy and precision.3,10

Because DBS cards can be designed to assess for multiple infectious diseases at once, these tests may be particularly well suited to high-risk populations and people residing in endemic areas. In a Dutch study that used a DBS card to screen for HIV, hepatitis B, and syphilis in a group of men who have sex with men, this test had a high sensitivity (>90%) and specificity (>99%) for all diseases assessed, leading the investigators to conclude that “DBS is a valid alternative for venous blood puncture.”10

Prompt diagnosis of HBV and HCV is essential to prevent the spread of infection to others in the community and to enable the infected individual to be linked to potentially life-saving care. POC and DBS tests are helping make rapid diagnosis of hepatitis and other viruses possible for more people, including those in resource-limited settings, where the hepatitis burden has been the greatest and broad-scale testing has the best chance of helping the WHO achieve its goal of hepatitis elimination.

1. World Health Organization (WHO). Combating hepatitis B and C to reach elimination by 2030. Advocacy brief.  https://www.who.int/hepatitis/publications/hep-elimination-by-2030-brief/en/. Published May 2016. Accessed June 19, 2019. 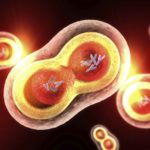 HDV Persists During Liver Regeneration and is Amplified Through Cell Division