An Increase in Hepatitis A Virus Infections in the United States, 2013-2018 - Infectious Disease Advisor

From 2016 to 2018, the incidence of hepatitis A infection in the United States increased by 294% compared with 2013 to 2015 as a result of outbreaks associated with contaminated food items, among men who have sex with men, and primarily among persons who report drug use or homelessness, according to a report published in the MMWR Morbidity and Mortality Weekly Report.1

Hepatitis A, the most common cause of viral hepatitis worldwide, is a vaccine-preventable viral infection of the liver that is primarily transmitted through consumption of microscopic amounts of feces.2 Although rates of hepatitis A had decreased by approximately 95% during 1996 to 2001, there has been a recent increase in transmission from 2016 to 2018 in the United States.3,4 Most of these reports were related to outbreaks among drug users and homeless persons.5 However, increases have also occurred among men who have sex with men, and to a much lesser degree, in association with the consumption of imported hepatitis A virus-contaminated food.6,7 As a result, the overall incidence of hepatitis A increased 294% from 2016 to 2018 compared with 2013 to 2015.1 Eighteen states had lower case counts during 2016 to 2018 compared with 2013 to 2015, while 9 states and Washington DC had an increase of approximately 500%.

Although there are no universal vaccination recommendations for adults in the United States, the Advisory Committee on Immunization Practices (ACIP) recommends vaccination for adults who plan to travel to hepatitis A virus-endemic countries, men who have sex with men, persons who use drugs, persons with chronic liver disease, and recently, for persons experiencing homelessness.8

The authors concluded that, “Continued efforts to increase hepatitis A vaccination coverage among the ACIP-recommended risk groups is vital to halting the current hepatitis A outbreaks and reducing overall hepatitis A incidence in the United States.”1 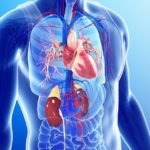 HCV Infection May Be a Modifiable Cardiovascular Risk Factor