Glecaprevir/pibrentasvir demonstrated high rates of efficacy and safety for the treatment of patients with hepatitis C virus (HCV) in the first large real-world trial, according to study results published in the Journal of Hepatology.

The study included participants with HCV in the NAVIGATORE-Lombardia Network who were starting glecaprevir/pibrentasvir between October 2017 and January 2018 (n=723). Participants took glecaprevir/pibrentasvir according to the drug label for 8, 12, or 16 weeks. The researchers staged fibrosis histologically or by liver stiffness measurement, and defined sustained virologic response as undetectable HCV-RNA 12 weeks after the end of treatment.

A total of 680 participants achieved sustained virologic response, with a rate of 94% at intention-to-treat and 99.3% at per-protocol analysis.

“Whether these results do effectively reflect lower effectiveness of glecaprevir/pibrentasvir in these specific subgroups of patients need to be further investigated, due to the overall very high [sustained virologic response] rates obtained in our study,” the researchers wrote. 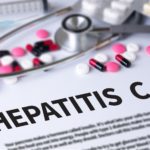 Safety and Efficacy of AL-335, Odalasvir, Simeprevir for HCV Genotype 1, 3