Hepatitis E (HEV), a quasi-enveloped, single-stranded RNA virus, leads to 20 million infections and 70,000 deaths annually. Two distinct epidemiological patterns of HEV infection have emerged. In the developing world, HEV occurs sporadically or in outbreaks via fecal-oral transmission, often after flooding or heavy rain (endemic HEV). In contrast, HEV infections in high-income countries are typically sporadic and related to zoonotic transmission (sporadic HEV). Endemic HEV is generally either genotype 1 or 2, which are restricted to humans. Sporadic HEV cases involve genotypes 3 or 4 with known animal reservoirs. Of concern, sporadic HEV cases appear to have a rising incidence and are frequently underdiagnosed.1 Two recent reviews have elaborated on the current state of our knowledge regarding HEV in high-income countries.2,3

Sporadic HEV infection in high-income countries is frequently asymptomatic, but can lead to acute infection, particularly in older adults (>50 years), with a preponderance being men. Fulminant hepatitis occurs in 1% to 2% of cases and is more common in those with chronic liver disease and immunocompromised states. In contrast to endemic HEV, which has only been documented as an acute infection, sporadic HEV (genotype 3 and 4) may progress to a chronic infection, defined as detection of RNA in serum or stool for greater than 6 months. This has been reported after solid organ transplant, HIV coinfection, chronic immunosuppressive medications, and hematological malignancies. Chronic HEV infection can then lead to liver fibrosis and cirrhosis within 1 to 3 years.

The high attack rate and high mortality associated with pregnancy in endemic HEV with genotypes 1 and 2 has not been reported in sporadic HEV.

As with other viral hepatitides, extrahepatic manifestations are reported in both endemic and sporadic HEV. These are frequently neurological and hematological in nature, including thrombocytopenia, hemolytic anaemia, and Guillain-Barré syndrome. Encephalitis and meningoencephalitis have also been reported. Superinfection is seen with both chronic hepatitis B and C. This is often recognized by further elevation of transaminases and can contribute to hepatic encephalopathy and renal impairment.

HEV in high-income countries may be linked to travel to endemic regions, but there is mounting evidence of local acquisition, with autochthonous cases accounting for 87% of HEV infection in European countries1 from a recent surveillance report from 2015. Zoonotic routes of transmission of HEV have not been fully elucidated. However, several potential pathways have emerged. Serologic evidence of infection has been found in many domesticated mammal species, including pigs, cattle, goats, sheep, deer, horses, cats, and dogs. Viremia has been confirmed found in pigs and several other species. Several studies have identified a significantly higher seroprevalence among those occupationally exposed to domesticated pigs compared with the general population. Furthermore, virus from patients with HEV infection after ingestion of undercooked meat or liver from pigs has been linked through genomic analysis to viral sequences found in those products.4 Similar links have been found with consumption of inadequately cooked venison.5

Other modes of transmission of interest include blood transfusion, which has led to transmission of endemic HEV in India, but this is not known to occur in high-income countries. Similarly, mother-to-child transmission has been observed with HEV-1, but has not reported with other genotypes. There are no reports confirming sexual transmission, although studies have found a higher seroprevalence of HEV immunoglobulin G in men who have sex with men, which is indirect evidence for a role. Finally, HEV has been detected as contaminating various environmental water sources, including that used for irrigation. However, the epidemiological significance is unclear, especially because the viral concentrations are extremely low.

No recommendations exist for treating HEV in the acute infection because the majority of acute HEV infection recovers spontaneously. Liver transplantation is sometimes considered for fulminant infection. In chronic disease, case reports have found high rates of sustained virologic response to monotherapy with ribavirin, but these have lacked controls. Another successful strategy for those receiving immunosuppressive medication after solid organ transplant is to stop or reduce the dose to achieve HEV clearance.

A safe and efficacious recombinant vaccine (HEV 239) has been approved and marketed in China, but it is not available elsewhere. There is currently no vaccine in use in high-income countries.

Hepatitis E in high-income countries is rare, and most cases vary clinically and epidemiologically from HEV in the developing world. Cases are typically sporadic, and transmission routes appear to be predominantly zoonotic. 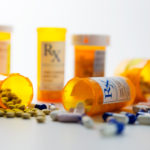