In 2018, unvaccinated travelers returning to France from Brazil were diagnosed with yellow fever and hepatitis. According to a research letter published in Emerging Infectious Diseases, the hepatitis persisted for longer than 6 months, and liver enzymes increased 2 months after disease onset despite no yellow fever virus RNA or other pathogens being detected.

Yellow fever cases can lead to severe liver disease caused by liver cell cytolysis. However, previous reports described liver cytolysis during yellow fever as being acute, usually decreasing rapidly on days 9 to 15 after infection, reaching the upper limits of the suggested reference range on day 16, but with the ability to persist up to 2 months.

The patients in this investigation were men who were HIV-negative, aged 38 and 28 years, who experienced the first signs and symptoms 7 and 8 days, respectively, after arrival in Brazil. In France, they both sought care on day 7 of symptom onset. Both had negative blood smears for malaria, and immunoglobulin M against yellow fever virus was detected on 3 evaluations. Their symptoms were fever, jaundice, asthenia, thrombocy­topenia (57,000 and 61,000 plate­lets/mm3; reference range >150,000 platelets/mm3), and hepatitis (alanine aminotransferase [ALT]>5000 IU/L and AST >3400 IU/L; reference range, <40 IU/L). The patients remained asthenic for roughly 1 month with no other symptoms.

Bilirubin levels persisted for 6 and 8 weeks after discharge and even increased in 1 patient. However, liver cytolysis decreased to less than 4 times the upper limit of the reference range. Two months after symptom onset, liver enzymes increased again (ALT >1,000 IU/L). Rebound ALT levels in both men were higher than rebound AST levels, and during the rebound, yellow fever RNA detection via polymerase chain reaction was negative. Yellow fever neutralizing activities were detected in the plasma of both men. Liver enzymes levels returned to the reference range in between 6 and 7 months.

During the rebound period, neither patient took a hepatotoxic drug; there was no evidence of another pathogen, but yellow fever virus neutral­izing activities were detected. This led investigators to conclude, “the rebound could be attributed to host immune response to yellow fever virus rather than to another pathogen or to direct effects of the virus itself.” They therefore concluded that these results demonstrate that yellow fever can induce persistent hepatitis with a rebound of liver cytolysis most likely because of an immune response to the virus. 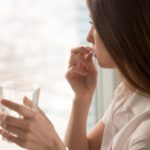