An investigation into the regulation of circulating liver-specific micro RNAs (miRNAs) in acute and chronic hepatitis E virus (HEV) infections published in Scientific Reports identified several miRNAs that may prove useful in the diagnosis of chronic HEV.

HEV genotypes 3 and 4 are an emerging public health issue in industrialized countries. HEV-3 and -4 are often self-limiting, but can develop to chronic infections in people who have a compromised immune system. To better understand the molecular mechanisms behind persistent infections investigators explored the modulation of serum miRNAs in patients with acute and chronic hepatitis E infection.

Patients in both groups, acute HEV and chronic HEV, exhibited high viral loads with medians of 3.23E + 05 IU/mL and 2.11E + 06 IU/mL, respectively, and HEV-3c being the prominent genotype. Real-time polymerase chain reaction was used to perform expression analysis of liver-specific serum miRNAs. The results showed that miR-99a-5p, miR-122-5p, and miR-125b-5p were upregulated 4.70- to 5.28-fold and 2.28- to 6.34-fold in the acute HEV and chronic HEV groups, respectively, compared with HEV-negative controls. Of note too was the 2.57-fold increase in miR-192-5p and 0.35-fold decrease in miR-125b-5p in the chronic HEV patients, but not acute HEV patients. Investigators also observed that decreased miR-122-5p expression significantly correlates with reduced liver transaminases in chronic HEV patients.

Investigators suggested that miRNA profiles during acute and chronic phases within the same patient needs more detailed analysis in future work, but this was not possibly in the current study due to limited sample sizes. Furthermore, investigators say there was an obvious correlation between increased miR-122-5p expression and liver injury and that correlation analysis on miR-122-5p expression and alanine aminotransferase/ aspartate aminotransferase levels in these patient groups confirmed a significant correlation of these clinical parameters. Therefore, they suggested this finding too, requires further study in a larger patient cohort. Finally, the investigators also stated that the role of the investigated miRNAs in HEV infection remains unclear, so potential mechanisms need to be confirmed using liver tissue from HEV patients or suitable in vitro models.

According to investigators, this work is one of the first to investigate circulation liver-specific miRNAs in HEV infections and to their knowledge, “the first description of let-7a-5p and let-7b-5p as reference miRNAs for use in HEV serum studies.” Further studies are however required to, “pinpoint the temporal modulation of miRNA expression during transition from acute to chronic hepatitis E.” Finally, investigators concluded that differentiation between acute and chronic infection at the earliest possible time will be crucial for patient management and miRNAs are an undeniable class of emerging and noninvasive biomarkers that will play a future role in diagnostics. 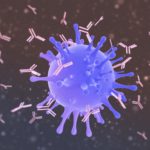