For patients with hepatitis B e antigen (HBeAg)-positive chronic hepatitis B infection, the addition of peginterferon alpha (PEG-IFN) to entecavir (ETV) treatment after a short lead-in phase may accelerate HBeAg loss, according to results published in the Journal of Viral Hepatology.

After long-term follow up, rates of HBeAg loss become similar for patients treated with ETV plus PEG-IFN and ETV alone.

Among 41 initial nonresponders who continued ETV therapy, 9 had combined response at long-term follow-up (5/22 in the PEG-IFN group, 4/19 in the ETV group).

After 96 weeks of follow-up, the researchers found that rates of serologic response became comparable between the PEG-IFN add-on group and the ETV monotherapy group.

“Although no recommendation towards the exact clinical application of PEG-IFN add-on as a strategy to increase HBeAg response or virological response can be made yet, this study may serve as a lead for exploring other pretreatment and add-on durations,” the researchers wrote. 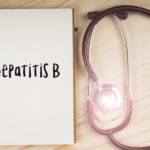