In patients with hepatitis C virus (HCV), sustained virologic response (SVR) from direct-acting antivirals (DAAs) is associated with a similar reduction in hepatocellular carcinoma (HCC) risk as interferon-based treatments, according to a study published in the Journal of Viral Hepatitis.

Although there are data on the early effects of DAAs on HCC as well as mortality, these data are derived mainly from a specific group of predominantly men. Thus, there is a need for robust general population-based studies to evaluate the effect of SVR from DAAs and also to compare the incidence among individuals receiving DAAs with those receiving interferon. Researchers in Canada evaluated the effect of SVR resulting from treatment with DAAs and interferon-based on the risk for HCC; they used data gathered from a large population-based cohort of approximately 1.3 million individuals tested for HCV since 1990.

Of the 12,776 eligible individuals, 3905 received DAAs and 8871 received interferon-based treatments for a median of 1.0 and 7.9 years, respectively. Researchers found that among patients treated with DAAs, the HCC incidence rate was 6.9 in the group that demonstrated SVR and 38.2 in the non-SVR group (P < .001); among interferon-treated patients, the HCC incidence was 1.8 in the SVR group and 13.9 in the non-SVR group (p<0.001). Compared with no-SVR from interferon, SVR from DAA and interferon-based treatments resulted in a significant reduction in HCC risk and among patients who demonstrated SVR, treatment with DAAs compared with interferon was not associated with HCC risk.

The investigators highlighted that although crude incidence rate of HCC was higher after SVR in patients who received DAA-based treatments, the post-SVR models of HCC risk comparing DAA-based with interferon-based treatments, DAAs were not associated with higher risk for HCC after demonstration of SVR. There was a marked increase in HCC risk over time among patient who did not demonstrate SVR, and among those who had cirrhosis despite having achieved SVR.

“In conclusion, in this large general population cohort of HCV treated individuals, we showed that SVR from DAAs substantially (70%) reduces the risk of HCC, similar to that of interferon based treatments,” the study authors stated. “It also highlights the need for early treatment to reduce the risk of cirrhosis development and hence HCC,” they added. 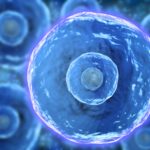