Patients with AIDS-related cytomegalovirus (CMV) retinitis who are receiving combined antiretroviral therapy (cART) without specific anti-CMV therapy may have active retinitis for several months, according to results published in the British Journal of Ophthalmology.

There were no significant differences in the clinical features of eyes with active and inactive CMV retinitis.

After 1 year of follow-up, the researchers re-examined 9 participants who had active CMV retinitis and were treated with intraocular ganciclovir; 7 others had been lost to follow-up and 3 had died. None of the eyes that had intact vision on initial evaluation and had been treated with specific anti-CMV therapy had become blind.

“Until there is widespread effective early HIV diagnosis and treatment in resource-limited settings, eye examination should be performed routinely on all patients who are vulnerable to CMV retinitis at the time they first enter healthcare, just as screening is provided for other serious opportunistic infections,” the researchers wrote. 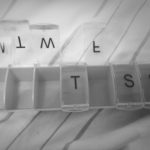