Curing hepatitis C virus (HCV) infection with direct-acting antiretrovirals (DAAs) is associated with regression of liver fibrosis for most patients, according to results published in AIDS.

The results also indicated that liver fibrosis regression may not be influenced by HIV coinfection.

The study included participants with HCV who were treated with DAAs (n=260). The researchers performed hepatic elastography at baseline and at the time of sustained virologic response at 12 weeks (SVR12). They defined liver fibrosis regression as a shift from advanced fibrosis (Metavir F3-F4) to null-mild fibrosis (F0-F2) and/or a reduction >30% kPa.

In total, only 14 participants did not achieve SVR12. HIV coinfection was present in 42% of participants. At baseline, 57.2% of participants had advanced liver fibrosis with a median of 11 kPa, Fibrosis-4 score of 2.4, and aspartate amino transferase to platelet ratio index of 0.95.

After multivariable analysis, the researchers found that only baseline stiffness was significantly associated with the extent of liver fibrosis regression.

“Despite improvements being more pronounced in the subset of patients with baseline advanced fibrosis or cirrhosis, a large group of them persist with cirrhosis after being cured and warrant further clinical follow-up, including periodic screening for liver cancer,” the researchers wrote. 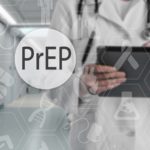