Medical providers specializing in HIV have demonstrated incomplete understanding of the Affordable Care Act (ACA), according to a study recently published in Clinical Infectious Diseases.However, providers located in states with Medicaid expansion displayed more optimism about patients’ HIV outcomes due to the ACA.

The study was based on results of a survey sent to 253 participants associated with an Accreditation Council for Graduate Medical Education. The 4 knowledge questions concerning the ACA were answered correctly by 61% of participants, whereas 30% were unaware of whether their state had chosen Medicaid expansion, and 10% were unaware if the Ryan White Program had been terminated by the ACA. The Medicaid status of each participant’s state significantly affected their rating on whether patient HIV outcomes would be improved by the ACA.

After adjustments for type of medical provider, sources for information on ACA, and years of experience with HIV practice, it was shown that working in a Medicaid nonexpansion state correlated with correct knowledge of the ACA (adjusted odds ratio [aOR], 2.07; 95% CI, 1.11-3.88).

Participants’ characteristics were gathered using descriptive statistics, as were all measures of ACA knowledge. To examine attitudes toward the ACA in whether the distribution of responses varied across the Likert scale due to each provider’s state’s Medicaid expansion status, a Mann-Whitney U test was used.

Bivariable and multivariable logistic regression were used to assess the association between participant attributes/sources of information on ACA knowledge and correct knowledge of the ACA.

The study researchers conclude, “[medical] providers in Medicaid expansion states were more optimistic about the ACA’s likelihood to improve their patients’ HIV outcomes. There are gaps in HIV medical providers’ understanding of the ACA. Education could enhance systems-based practice.” 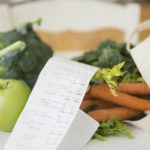 Food Insecurity Associated With Substance Use in Women Infected With HIV