A living donor liver transplant from a mother with HIV to her child who is HIV-negative was successful, according to a case study published in AIDS.

Although the recipient initially showed seroconversion, 1 year after transplant, HIV antibodies are at near-undetectable levels. The recipient did not have any detectable plasma or cell-associated HIV-1 DNA at any point after the transplant.

The results of this case can potentially increase the living donor pool, particularly in countries with a high burden of HIV infections and a limited number of deceased organ donors.

This case study involved a lifesaving living donor liver transplantation in South Africa, from a mother who is HIV-positive to her child who is HIV-negative. The researchers noted 2 novel aspects of the case: it involved a living donation from a donor who is HIV-positive, and it was a controlled transplant of an organ from a donor with HIV into a recipient without HIV infection, with the potential to prevent HIV infection in this recipient.

More than 1 year after the transplant, both the donor and the recipient are healthy.

At 43 days posttransplant, the researchers detected HIV seroconversion in the recipient. Since then, the recipient’s HIV antibody titers have declined and are approaching undetectable levels.

The researchers did not detect any plasma- or cell-associated HIV-1 DNA in the recipient at any point after transplant.

“It might be possible that under controlled conditions the recipient may not be infected with HIV, however, this will have to be rigorously researched in future work before any conclusions can be drawn,” the researchers wrote. 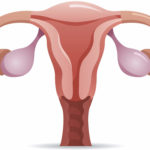