Ataxia is a syndrome characterized by a disturbance of coordination and balance; the effects may result in abnormal stance and gait, limb incoordination, oculomotor disturbances, and issues related to swallowing and speech.

Truncal ataxia, limb ataxia, and sensory ataxia are further descriptive terms that are important to recognize, as an accurate understanding of these patterns of ataxia may help to elucidate a cause.

Truncal ataxia refers to the ataxic gait, which is wide-based and is a result of compensation for a swaying, unstable stance. Limb ataxia involves dysmetria and other aspects of impaired coordination of the limbs, such as tremor. Sensory ataxia refers to the effects of decreased peripheral input (proprioception, sensation), and can also impair gait and be associated with other peripheral findings, such as numbness and paresthesias.

A. What is the differential diagnosis for this problem?

The differential diagnosis for ataxia is quite broad. When considering acquired and inherited causes, the number of causes exceeds 50. There are several frameworks for considering the multiple causes of ataxia; these include approaches based on anatomy (cerebellar, spinocerebellar and spinal), pace of onset (acute, subacute and chronic) and age of onset (infancy, childhood, early adult, mid/late adult life), among others.

Ultimately, it is important to consider each of these characteristics when evaluating a patient who presents with ataxia. Perhaps the most helpful way to organize the various etiologies is to first separate the causes into acquired and inherited.

The genetic causes of ataxia include autosomal recessive, autosomal dominant, X-linked, and mitochondrial-based disorders. The inherited causes are discussed in greater detail in the chapter “Cerebellar degeneration” but additional information is provided here as well for completeness.

B. Describe a diagnostic approach/method to the patient with this problem

Obtaining a thorough history followed by a neurological exam with particular attention to characterizing the pattern of ataxia and to identifying other neurological findings, are critical first steps when approaching ataxia. A comprehensive history and precise neurological examination will have amajorimpact on the next diagnostic steps.

This is particularly important given the many causes of ataxia, in order to appropriately direct the diagnostic work-up and avoid ordering extensive but unnecessary testing. For example, in a patient with a history of alcoholism who presents with truncal ataxia, failure to obtain the appropriate social history may result in an unnecessarily broad initial evaluation. Alternatively, focusing the work-up on alcoholic cerebellar degeneration would provide for a much more limited, but still appropriate, evaluation.

Otherwise, the diagnostic approach to ataxia will nearly always include neuroimaging with magnetic resonance imaging (MRI) of the brain, as well as a selection of laboratory tests based on the history and physical.

1. Historical information important in the diagnosis of this problem.

Clearly identifying the age at onset and pace of onset may provide important clues to the diagnosis. Further, understanding the systemic symptoms that can be associated with the ataxias will be important in order to effectively tailor the review of systems. Lastly, the importance of obtaining a usual, but comprehensive history and physical must be underscored (including social history, family history and recent medications, for example).

It may be tempting to define the type of ataxia, and then to quickly order neuroimaging, however that approach, as noted in the above example, may result in wasted efforts and testing.

2. Physical Examination maneuvers that are likely to be useful in diagnosing the cause of this problem.

Characterizing the ataxia during the physical exam is important, as is identification of other neurological findings. In addition to the usual neurological exam, particular attention should be paid to evaluating gait, limb coordination, eye movement, and speech. After evaluating the patient’s gait grossly, tandem gait should be evaluated, as patients with subtler truncal ataxia may not have the wide-based gait that is classically described.

Abnormal swaying with tandem gait, sometimes associated with the need for the patient to outstretch a foot to catch themselves from falling, is indicative of truncal ataxia. Truncal ataxia can also cause abnormalities with posture; this may result in oscillations of the head and trunk at rest (called “titubation”).

Limb ataxia may be assessed through the commonly used “finger-nose-finger” and “heel-shin” maneuvers. A more detailed evaluation of limb ataxia may also include the finger-chase testing (patient pursues and touches the examiner’s finger as fast as possible), toe-chase testing (or toe-to-finger test) and rapid alternating movements.

An evaluation for tremor should also be considered during the evaluation of limb ataxia; tremor associated with ataxia can sometimes be elicited through having the patient maintain outstretched arms or a foot-to-heel position (for lower extremity tremor). Together, these tests for limb ataxia are undertaken to evaluate for dysmetria, intention tremor, action tremor, and dysdiadochokinesia.

Oculomotor abnormalities that may be found in patients with ataxia include abnormalities with pursuit and saccades. Slow pursuit may reveal jerky ocular movements. Rapid gaze movements (as from an examiner’s outstretched finger and their nose) may also reveal saccadic abnormalities: jerky oculomotor movements as well as gaze that overshoots or undershoots the targets. Nystagmus may also be associated with ataxia; downbeat nystagmus and upbeat nystagmus have specific anatomic associations (craniovertebral junction and vermis, respectively).

Finally, speech in cerebellar disease may have an abnormal rhythm, varying volume and lack of coordination with breathing; this is referred to as a “scanning dysarthria.”

3. Laboratory, radiographic and other tests that are likely to be useful in diagnosing the cause of this problem.

MRI of the brain is a fundamental test in the evaluation of ataxia, after the above extensive clinical evaluation. It is reasonable to consider obtaining some first-line laboratory tests when evaluating ataxia in patients who present with ataxia without a family history. These include thyrotropin, vitamin E, methylmalonic acid, vitamin B12, folic acid, complete blood count, urinary heavy metals, and hemoglobin A1c.

An extensive number of other laboratory tests can also be considered, with some sent based on the strongest diagnostic considerations based on the initial clinical impression. These include ceruloplasmin, copper, HIV, anti-endomysial antibodies, anti-GAD antibodies, paraneoplastic antibody panel, and cerebrospinal fluid (CSF) analysis for cell count, glucose, protein, oligoclonal bands, protein 14-3-3, and Venereal Disease Research Laboratory (VDRL), among others.

C. Criteria for Diagnosing Each Diagnosis in the Method Above.

While specific etiologies of ataxia each have their own diagnostic criteria, it is helpful to review some diagnostic considerations in each of the larger system-based categories.

Hemorrhagic or ischemic stroke to multiple foci may cause ataxia, including the cerebellum, pons, medulla, and frontal-parietal cortex. Lateral medullary infarction, when involving the posterior inferior cerebellar artery, may be associated with ipsilateral limb ataxia as well as vertigo, miosis, ptosis, and dysarthria (also called Wallenberg’s syndrome).

As is discussed in more depth elsewhere, diagnosis of stroke will be confirmed by MRI of the brain. In terms of mass lesions, meningiomas, as well as cerebellar, posterior fossa, frontal lobe, and thalamic masses may cause ataxia (these may be primary brain tumors such as gliomas and metastatic lesions, and abscesses are also a consideration).

Obtaining a thorough history is key to bringing these considerations to attention. They are all associated with cerebellar degeneration and are more fully discussed in that chapter.

Multiple infectious processes are associated with ataxia. HIV and the prion diseases, Creutzfeldt-Jakob disease (CJD), variant CJD, and kuru are also further reviewed in the chapter on cerebellar degeneration. Post-infectious acute cerebellitis (acute cerebellar ataxia) usually occurs in childhood with varicella, but may occur in adults with infectious mononucleosis (Epstein-Barr virus infection). MRI abnormalities of the cerebellum can be seen in these parainfectious syndromes, and CSF analysis with polymerase chain reaction (PCR) analysis for viral identification can also be performed.

Bacterial cerebellitis may occur with meningitis; cerebellitis may also be seen with herpes and arbovirus infections. MRI abnormalities may also occur in these infectious disorders, and may help to narrow the differential diagnosis.

Bickerstaff’s encephalitis is a post-viral syndrome inflammation of the cerebellum that presents with opthalmoplegia and ataxia; MRI abnormalities of the brainstem and cerebellum are seen in this syndrome.

Whipple’s disease, the systemic infection caused by the organismTropheryma whipplei, is a chronic infection characterized by fever, weight loss, abdominal pain, arthritis, and may also present with neurological symptoms including ataxia. Lyme disease and syphilis may also cause ataxia when involving the CNS. Tabetic neurosyphilis is associated with a pure sensory ataxia.

Anti-GAD antibodies, as in the polyglandular endocrine syndrome, have been associated with ataxia; the diagnosis can be supported by detecting GAD-antibodies in the serum and by MRI, which may demonstrate cerebellar atrophy. Steroid responsive encephalopathy associated with autoimmune thyroiditis (SREAT) may occur in patients with thyroperoxidase antibodies and involves a subacute presentation of cognitive changes, ataxia, tremor, and myoclonus.

Ataxia may also occur in multiple sclerosis, both early and late in the disease’s course.

Briefly, paraneoplastic cerebellar degeneration is associated with breast, adnexal, small cell lung cancer, and Hodgkin’s lymphoma, and ataxia may appear prior to diagnosis of the underlying malignancy.

While hypothyroidism is also more fully discussed in “Cerebellar degeneration”, nutritional deficiencies are reviewed here, and involve vitamin E, B1 and B12. Vitamin B1 deficiency is often found in association with alcoholic cerebellar degeneration and is also the cause of Wernicke’s encephalopathy (including findings of eye movement disorders, truncal ataxia and confusion).

Vitamin B12 deficiency, most commonly occurring in pernicious anemia, is associated with macrocytic anemia and sensory ataxia. Vitamin E deficiency, also the result of impaired absorption usually in association with other disease processes such as celiac disease and cystic fibrosis, may result in truncal ataxia as well as sensory ataxia.

The inherited, spinocerebellar ataxias are covered in the chapter on cerebellar degeneration.

D. Over-utilized or “wasted” diagnostic tests associated with the evaluation of this problem.

While no single test that can be considered for the work-up of ataxia has an unacceptably poor yield unto itself, waste may occur when an expansive work-up is undertaken when unnecessary.

As in the example above, where an alcoholic patient who presents with ataxia is described, a broad series of laboratory tests would certainly be less helpful than pursuing the diagnosis of alcoholic cerebellar degeneration with neuroimaging. Otherwise, it is helpful to note that serum vitamin B12 levels alone have important limitations, due to multiple causes of variable binding protein concentrations.

III. Management while the Diagnostic Process is Proceeding

A. Management of ataxia.

Of primary importance in the management of ataxia is assessment of the degree of disability; this will ensure that the patient is able to safely manage with their particular degree of disability. Rehabilitation will be a mainstay of the treatment for many of these patients, and may include physical, occupational and speech and language therapy. These interventions may include education on the use of adaptive equipment, which may improve the patient’s ability to overcome certain disabilities.

Individual causes of ataxia are important to identify and treat as early as possible. Early treatment may limit the severity of symptoms, and may ultimately limit the degree of disability in cases involving irreversible causes. Treatment of reversible or partially reversible causes, including hypothyroidism, SREAT, infectious etiologies, phenytoin-related ataxia, celiac disease, and surgically approachable mass lesions as well as stroke is particularly important.

Neurological consultation should be undertaken in order to help evaluate for causes, particularly when a cause is not apparent in the initial phase of the work-up. Involvement of a neurological specialist will also help to guide management and help to provide appropriate follow-up.

B. Common Pitfalls and Side-Effects of Management of this Clinical Problem

Ataxia in the geriatric population has a unique set of associated problems. Geriatric patients with this problem may experience depression as well as complications related to an inability to ambulate independently, such as skin breakdown and urinary tract infections. Consideration of driver-safety draining should also be undertaken. 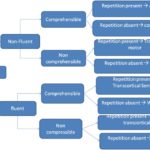