Are you sure your patient has Sturge-Weber syndrome? What are the typical findings for this disease?

The most common problems seen in patients with SWS include (with approximate incidence):

What other disease/condition shares some of these symptoms?

Port-wine stains in V1 or V2 body locations can be associated with other syndromes, such as Klippel-Trenaunay syndrome or Parkes Weber syndrome. However, these disorders do not typically involve the central nervous system.

Certain intracranial vascular lesions, such as arteriovenous malformations or cavernomas, can result in similar symptoms as SWS, but are not associated with port-wine stains and would not be considered SWS unless there was also leptomeningeal angiomatosis.

What caused this disease to develop at this time?

SWS is a sporadically occurring disease occurring in roughly 1 in 50,000 people. There are no known predisposing factors, apart from the presence of any associated facial port-wine stain. SWS is not inheritable, and there are currently no known environmental risk factors.

Although the port-wine stain is always present at birth, the abnormalities seen in SWS may not appear until much later. Focal seizures are usually the earliest symptoms, which can begin in infancy. Other features that may present in infancy are any symptoms typical of unilateral brain dysfunction, for example early handedness, hemiparesis and gaze preference.

The rare cases of SWS in which there is not a port-wine stain tend to present later in life, with less severe complications and better outcomes. These cases are only discovered when there are neurological symptoms severe enough to lead to brain imaging and lead to the discovery of leptomeningeal angiomatosis.

What laboratory studies should you request to help confirm the diagnosis? How should you interpret the results?

Diagnosis of SWS is based on clinical and radiological findings. At present, there are no laboratory tests to aid in the diagnosis.

Would imaging studies be helpful? If so, which ones?

Leptomeningeal angiomatosis appears on T1-weighted post-contrast magnetic resonance (MR) imaging as enhancement of the meninges. Depending on the duration and severity of the symptoms, there will also be atrophy of the ipsilateral brain. White matter changes (both hyperintense and hypointense lesions) can also be seen, likely related to ischemia. The choroid plexus is often enlarged.

Calcifications are typically seen in the area of the leptomeningeal angiomatosis, particularly as the disease progresses, and will likely not be present early on. The calcifications are best seen with computed tomography (CT); however, they can also be seen with gradient recalled-echo sequences in MR imaging.

Note that early in the disease, such as in infancy, imaging may be normal, because the brain findings in SWS evolve and typically worsen over time. Thus, follow-up imaging is important in any patient with certain facial port-wine stains (as discussed below).

SWS can be confirmed in any patient with a facial port-wine stain and neurologic symptoms when an MRI of the brain with contrast reveals leptomeningeal angiomatosis.

Typically, an MRI of the brain with contrast should be performed in any child with a port-wine stain of the upper face. Given that imaging can be negative early in SWS, many experts recommend an additional screening MRI between 1-2 years of age if no symptoms of SWS become evident. However, there are no studies available which have compared outcomes based on detecting SWS syndrome prior to the development of neurologic symptoms versus waiting until there are clinical findings apart from the port-wine stain.

All children with port-wine stains of the upper face, and particularly if the eyelid is involved, should be referred to an ophthalmologist to check for elevations in intraocular pressure (i.e., glaucoma) and ocular vascular lesions. There are no established guidelines for the frequency of screening eye exams in patients with port-wine stains but without evidence of neurologic complications on exam or on imaging. Infants with confirmed SWS are at high risk for ocular complications and should be seen frequently by an ophthalmologist.

Children who do not have port-wine stains in the V1 areas of the face are not at risk for developing SWS. However, it is reasonable to screen for neurologic and ocular disease in a child with a port-wine stain involving the lower eyelid, given that this area is variably associated with either V1 or V2.

If you are able to confirm that the patient has Sturge-Weber syndrome, what treatment should be initiated?

What are the adverse effects associated with each treatment option?

In general, the adverse affects of the treatments for the various manifestations are ones that are typical of the drug used in the general population for the treatment of that particular condition. Two possible exceptions may be the increased risk of complications in glaucoma surgery, given the elevated venous pressure and the hypothesized theoretical risk of worsening disease with treating port-wine stains with laser therapy.

What are the possible outcomes of Sturge-Weber syndrome?

The long-term clinical outcome and prognosis seen in SWS is highly variable. Any of the more common symptoms (seizures and status epilepticus, hemiparesis, cognitive delays, headaches, and stroke-like episodes) may manifest in infancy, or not until adulthood. Long periods of stable disease may be followed by sudden worsening.

To a first approximation, patients with more extensive involvement of the brain or with bilateral disease and a larger area of leptomeningeal angiomatosis will have worse outcomes. However, some patients with SWS will have minimal symptoms, while others can have debilitating seizures and motor findings despite minimal intracranial disease. Counseling a patient and family can thus be very difficult. There is some evidence that a poor prognostic factor is early seizure onset, such as onset in infancy. However, the data are unclear, and heavily disputed.

In general, though, patients with higher seizure frequency will have less favorable outcomes, while those who do not have recurrent seizures have a much better overall prognosis.

What causes this disease and how frequent is it?

SWS is a sporadic disorder affecting boys and girls equally and occurring in roughly 1 in 50,000 births. The cause of SWS is not currently known. However there are some theories based on the anatomic and functional observations in SWS.

During the first trimester of embryologic development, there is a primitive venous plexus that matures to form the veins of the face, scalp, meninges, and brain. The tissue which will form the skin of the upper face is thought to initially be near the tissues which will form posterio-lateral areas of the brain. Maldevelopment of the venous plexus in this area is thought to explain the association between the facial port-wine stains and the (most commonly) parieto-occipital location of the leptomeningeal angiomatosis. This maldevelopment results in a decreased number of cortical bridging veins and other features of abnormal vasculature in SWS, which in turn is thought to result in decreased outflow of venous blood and elevations in venous pressure.

Increased venous pressure, along with possibly other abnormalities of the actual vessels, may lead to several possible mechanisms of injury such as microthrombosis and obstructive ischemia or ischemia due to stasis, and altered permeability of the vasculature and blood-brain barrier.

Another theory that has been promoted recently is that all pathology seen in SWS can be explained merely by local primary venous dysplasia in the meninges (Parsa, 2008). This results in venous hypertension and leads to engorgement of communicating venous networks and blood flow through alternative venous pathways. Flow patterns in the brain and cavernous sinus can be reversed, and pressure is transmitted via the ophthalmic veins to facial veins of the upper face, causing the port-wine stain and also accounting for ocular findings of glaucoma, dilated episcleral vessels, and abnormal appearance of the choroidal plexus. In this scenario, the location of the port-wine stain is based on facial venous communication and drainage patterns, rather than any association with the trigeminal nerve. Indeed, port-wine stains often are not confined to areas of innervation of the trigeminal nerve. Instead, venous drainage patterns of the upper face may be coincidentally related to the branches of the trigeminal nerve.

Given that SWS is a sporadic disorder with focal cutaneous findings, mosaicism with a somatic mutation is speculated to be the cause. In certain cases of SWS, genetic abnormalities have been seen only in the abnormal tissues. However, a discussion of the various genetic possibilities is beyond the scope of this text.

Calcifications of the leptomeningeal angiomatosis and underlying tissue is a typical radiologic feature seen in SWS, particularly as the disease progresses. Microscopic calcifications can be seen in the brain parenchyma, and deposited on arteries and veins in histologic samples. This calcification may be related to anoxia or possibly is a consequence of increased blood-brain barrier permeability.

Affected areas of the brain can show atrophy, and pathologic samples of brain tissue have shown reduced number of neurons with gliosis as well as cortical dysgenesis. Tissue hypoxia and ischemia has been presumed to account for these features. Blood flow to affected brain areas during seizures is impaired in SWS, and does not show the same elevation in flow which is typically seen with seizures in others. This failure to effectively increase perfusion during the seizure, when the brain is metabolically more active, is a likely cause of the stroke-like episodes seen in SWS, where seizures can precipitate a localized ischemic event leading to long-term or even permanent new functional impairment such as hemiparesis, cognitive decline, and visual deficits.

How do these pathogens/genes/exposures cause the disease?

Other clinical manifestations that might help with diagnosis and management

What complications might you expect from the disease or treatment of the disease?

Are additional laboratory studies available; even some that are not widely available?

Although there are some genetic mutations which have been reported to occur in the abnormal tissues in patients with SWS, there are no laboratory or genetic tests that will aid in the diagnosis, or help to direct treatment.

How can Sturge-Weber syndrome be prevented?

As an entirely sporadically occurring disorder, there are currently no known measures that will prevent SWS.

What is the evidence?

SWS is a rare disorder with a wide variation in clinical presentations, natural history, and outcomes. Thus, many treatments are based on expert opinion, case series, and retrospective studies. The evidence for some treatment options has been discussed earlier. Below is a list of the references cited above, as well as review articles and other papers of interest with additional information.

[References are in the order mentioned in the text, with the exception of an additional reference at the end that is not cited in the text.]

Comi, AM. “Presentation, diagnosis, pathophysiology, and treatment of the neurological features of Sturge-Weber syndrome”. Neurologist. vol. 17. 2011. pp. 179-84. Recent review of SWS by Anne Comi who has become one of the leading experts on SWS. This review addresses many aspects of SWS including pathogenesis and treatment.

Comi, AM. “Update on Sturge-Weber syndrome: diagnosis, treatment, quantitative measures, and controversies”. Lymphat Res Biol. vol. 5. 2007. pp. 257-64. In addition to a review of the evidence, Dr. Comi includes advice on many practical issues based on her personal experience. For an additional review with helpful references, please see: 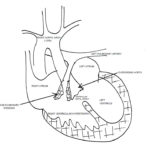