Undernutrition accounts for 45% of childhood mortality in low-income and middle-income countries (LMICs), though it remains poorly understood. A review of technologies which may be useful in monitoring and improving gut health was published in Gut.

Subclinical gut dysfunction caused by marginal diet or chronic enteropathogen carriage remains common in LMICs. Function of the gut with regards to nutrient digestion, absorption, and assimilation, in the case of marginal diet and environmental enteropathy-associated alterations to intestinal mucosa and the microbiota community, are all areas which are understudied.

Technologies and approaches traditionally used for assessing gut health are expensive and invasive, making them infeasible for use in LMICs. Investigators with the Health, Undernutrition, Nutrients and Gut dysfunction (HUNGer) Consortium reviewed newer and forthcoming technologies which are less expensive and invasive, and may allow for a better understanding of undernutrition.

Transcutaneous fluorescence spectroscopy is an optical spectroscopy which provides information about the permeability of contrast agents from the gut to the bloodstream. This technology consist of a wearable sensor or probe which quantifies the degree of uptake of the ingested dye through the skin. This technology is noninvasive, can be administered in the point-of-care setting, and is inexpensive. The drawback, however, is that it has yet to be validated for use in humans.

Breath tests assess digestion and absorption capacity by analyzing volatile organic compounds. Targeted tests use stable isotopes and have the capacity to detect metabolic, bacterial, or xenobiotic pathways. The 13C urea test has been used to detect Helicobacter pylori infections and the 13C-triglyceride and 13C-starch tests have been previously used in studies of undernourished populations. This technology has not been widely distributed for use in LMICs, as a high level of expertise has been required to operate the test instruments. The review authors noted that newly developed infrared isotope systems have the potential to allow for more widespread use and to lower instrument costs.

LIFA uses membrane strips that uptake liquid via capillary action and detect soluble proteins such as antibodies. This technology has the potential to rapidly assess for multiple infections or environmental enteropathy. Combined with a smartphone-based platform, there is the potential to allow for inexpensive mobile laboratories to be set up in LMICs.

The review authors concluded that with newer technologies, inexpensive and noninvasive assays may allow for improved understanding of the biological process of undernutrition and chronic enteropathogen carriage, as well as guide clinical care for the undernourished population. 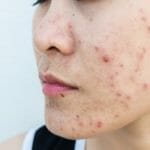