People with the tick-borne infectious disease Lyme borreliosis, or Lyme disease, showed higher rates of a variety of mental disorders and higher rates of suicide attempts compared with those without the disease, according to authors of a population-based retrospective cohort study published in the American Journal of Psychiatry.

Small studies have shown associations between Lyme disease and depression, suicidal thoughts, obsessive-compulsive disorder, mania, and cognitive impairment. These mental disorders have been reported in people with acute cases of Lyme disease, as well those who have undergone antibiotic treatment for the disease.

In the current study, investigators used Denmark’s National Patient Register and the Psychiatric Central Research Register to compare the rate of new-onset mental disorders among people diagnosed with Lyme disease against the rate reported in people without Lyme disease. The study included all persons living in Denmark from 1994 through 2016 — nearly 7 million individuals aged 3 to 104 years. A total of 12,616 people in the study population had received a hospital-based diagnosis of Lyme disease.

The results of this study may not be generalizable to people with less severe cases of Lyme disease as the study only included hospital-based diagnoses. The same limitation applies to the various psychological conditions reported.

“Although the absolute population risk is low,” the researchers concluded, “clinicians should be aware of potential psychiatric sequelae of this global disease.” 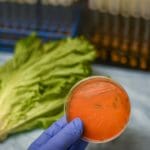