Study authors found insufficient evidence to reach a conclusion regarding the bioavailability of antibiotics in the febrile phase relative to the afebrile phase in nonintensive care unit (non-ICU) patients, according to a systemic review published in BMC Infectious Diseases.

Investigators conducted a literature search on a subset of widely used antibiotics that are known to have moderate to good bioavailability. They also examined the following oral bioavailability, pharmacokinetic outcome parameters in those studies: the maximum serum concentrations, time to achieving maximum serum concentrations, the area-under-the-plasma-concentration-time curve, and bioavailability itself. After the search was completed, 9 nonrandomized, observational studies of hospitalized patients were included in this study. It was noted that 6 of the 9 studies had a high risk of bias, primarily due to sample selection and size.

In the 2 studies reporting the use of oral amoxicillin, all patients were febrile, and it was concluded that the measured concentrations of the agents should be sufficient for treatment according to the minimum inhibitory concentration values of the isolated bacteria. However, there was no clear conclusion regarding the bioavailability of oral amoxicillin during the febrile phase of illness.

The 4 studies of ciprofloxacin reported that the mean serum concentrations were not impaired by the infectious state; however, the power of each study was limited due to small sample size.

The study investigating enoxaparin pharmacokinetics concluded that the oral absorption was good and had little variability among patients; however, the parameters on which this conclusion was based were unclear.

Limitations of this study included:

“There is a clear knowledge gap regarding the bioavailability of widely used orally administered antibiotics during the initial phase of a systemic infection in non-ICU patients, as only a few, mostly small, studies could be identified on this matter that generally had a high risk of bias. …Therefore, well-designed and large enough studies on this specific topic are warranted so that it can be elucidated whether patients can benefit from the advantages of the IV-to-oral switch earlier than nowadays,” the study authors concluded. 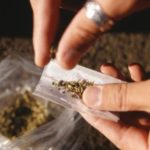