Antibiotic prophylaxis during labor induction was associated with a decreased rate of cesarean delivery among nulliparous women with obesity, according to results of a study published in American Journal of Obstetrics & Gynecology MFM.

In this randomized, placebo-controlled pilot study, researchers assessed the effect of intrapartum antibiotic prophylaxis on obesity-related complications among nulliparous women. (ClinicalTrial.gov, NCT03801252). Patients (N=186) were randomly assigned in a 1:1 fashion to receive either prophylactic antibiotics or placebo at the time of labor induction. Prophylactic antibiotics included one 500-mg dose of azithromycin and a 2-g dose of cefazolin, administered every 8 hours for up to 3 doses. The coprimary outcomes were the rates of puerperal infection and cesarean delivery. Patients were observed for 30 days postpartum, at which time data on maternal and neonatal demographics and outcomes were collected.

Of note, there was an increased rate of suspected or confirmed sepsis among the neonates of patients who received prophylactic antibiotics. The researchers noted that “this result [was] counterintuitive, and the reason for this finding [was] unclear…”

This study was limited by its small sample size, and it was inadequately powered to detect statistically significant differences in the coprimary outcomes.

According to the researchers, “[these] results illustrate a potential new intervention for lowering the rate of cesarean delivery in women [with obesity].” As this was a pilot study, they noted that “these results should not be used to alter clinical practice without further data from a large, adequately-powered trial to support the conclusions.” 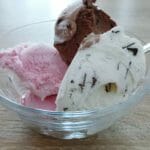