Surgical antimicrobial prophylaxis (SAP) given after umbilical cord clamping did not increase surgical site infection (SSI) in women undergoing cesarean section compared with SAP given before incision, according to results published in Antimicrobial Resistance and Infection Control.

The study was limited in that the exact timing of clamping was unavailable and administration after incision was used as a surrogate marker, the investigators noted. Additional data concerning antimicrobial treatment pre- and post-surgery, group B streptococcal carriage, multiple pregnancy, and vaginal disinfection were also not routinely recorded.

According to investigators, this large prospective analytic study had excellent follow-up and was unable to demonstrate additional risk if SAP was delayed until after cord clamping. “Our results show a basically unchanged SSI risk whether SAP is administered before or after clamping,” the investigators concluded. 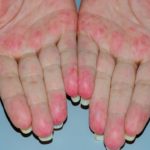