A letter published in an upcoming issue of Nature reports on a new Zika virus (ZIKV) vaccine delivered via a novel messenger RNA (mRNA) platform that showed strong and stable antiviral responses after small doses of a single immunization in preliminary studies in mice and rhesus monkeys.1

At the annual Conference on Retroviruses and Opportunistic Infections (CROI) held in Seattle, Washington, February 13-17, 2017, study coinvestigator Michael Hogan, MD, of the department of medicine at the University of Pennsylvania elaborated, “In both species, a single immunization with the mRNA vaccine elicited a high level of neutralizing antibody titers which rose rapidly after a single immunization and were maintained out to long term — in mice out to at least 5 months.”2

The mosquito-borne, transmissible Zika virus that recently emerged pandemically poses significant threats of severe birth defects (particularly microcephaly) in newborns and Guillian-Barré syndrome in adults. Rapid outbreaks over the past 2 years in 70 countries3 have indicated the need for a vaccine that is safe and can produce sufficient viral protection after a single immunization.

“Since the summer, multiple vaccine candidates have been described, using a variety of formats including DNA vaccines, viral vectors, subunit vaccines, and inactivated virus,” Dr Hogan said. “These all establish that neutralizing antibodies against the surface proteins of Zika virus, premembrane or prM, and E, or envelope protein, can protect from infection.” This new vaccine uses modified mRNA delivered in lipid nanoparticicles for efficient delivery in vivo, he explained.

The vaccine was next studied in rhesus macaque monkeys and demonstrated similar responses to the Zika virus compared with humans. No significant differences were observed across doses in rhesus monkeys given prM-E mRNA-LMP anti-ZIKV vaccine 600 μg, 200 μg, or 50 μg and no adverse effects were noted. The IgG titers in monkeys reached >300,000 in all groups at week 4, with levels of ≥100,000 sustained until week 12. Likewise, NAb titers peaked between weeks 2 and 4 (varying by assay) and stabilized at lower levels at the end of the evaluation at week 12.

In challenge studies, none of the BALB/c mice given 30 μg of nucleoside-modified ZIKV prM-E mRNA-LNPs at week 2 or week 20 developed viremia within 3 days of intravenous IV-ZIKV challenge, and only 1 of 5 vaccinated rhesus monkeys developed low levels of viremia (100 copies/mL) within 3 days after a week 5 IV-ZIKV challenge. Of the 4 challenged monkeys that remained protected from infection, 3 had been given the lowest dose of prm-E mRNA-LMP anti-ZIKV vaccine (50 μg), while the one that became infected was given the highest dose (600 μg).

“So far it seems we need really low doses of the mRNA and we can achieve really efficient neutralizing antibody responses with only a single immunization of the mRNA, which can be particularly useful in a mass vaccination campaign against an emerging virus,” Dr Hogan said. 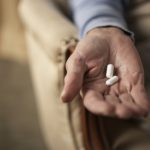