In users of pre-exposure prophylaxis (PrEP), who remain at high risk for HIV, the risk for sexual transmitted infection (STI), specifically rectal STIs, was higher in men who reported alcohol or drug use, according to research presented at IDWeek 2017, held October 4-8 in San Diego, California.

Researchers from the Icahn School of Medicine at Mount Sinai in New York evaluated electronic health records from the Mount Sinai Health System of individuals who initiated PrEP from 2013 to 2016. The aim of this study was to identify and characterize PrEP patients who remain at high risk for HIV as demonstrated by STI diagnosis after starting PrEP. PrEP users were screened every 6 months for syphilis and urethral, rectal and pharyngeal gonorrhea, and chlamydia. Additional testing was done at the provider’s discretion.

Compared with other age groups, PrEP users between 25 and 30 had a higher rate of rectal STIs (P <.01). In a similar fashion, compared with PreP users who had private insurance, rectal STIs were higher in people with PrEP-AP or Medicare coverage (P <.05). More men who reported alcohol or drug use tested positive for STIs than men who did not report substance use (P <.05). “Adjusted logistic regression analysis showed the odds of being diagnosed with any STI or a rectal STI were 1.78 (95% CI, 1.14-2.77) and 2.56 (95% CI, 1.30-5.05) times [respectively] among those reporting substance use,” noted the researchers.

STIs, particularly rectal STIs, are independently associated with HIV. “This study highlights a group within this cohort of PrEP users that remain at high risk for HIV and would benefit from continued adherence to PrEP as well as enhanced counseling on substance use and reducing high-risk sexual behaviors,” concluded the researchers.

“Further research is needed to understand how PrEP is being used in the real world, outside of the clinical trial environment. This cohort helps to elucidate the use of PrEP in a real-world population, where the role of alcohol/substance use in association with PrEP use is less known,” said Alexandra Abrams-Downey, MD, assistant professor of medicine at the Icahn School of Medicine at Mount Sinai, in an interview with Infectious Disease Advisor.

“We hope to use these preliminary results to further characterize PrEP users including understanding changes in their self-risk perception, targeted PrEP linkage and engagement and role for behavioral interventions for individuals who remain at high risk for acquiring HIV,” concluded Dr Abrams-Downey. 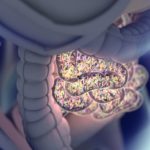