SAN DIEGO—Findings from a retrospective chart review revealed that 3 months of rifapentine + isoniazid using directly observed therapy (3HP) resulted in a higher completion rate and no loss of follow-up vs treatment with the traditional 9 months of isoniazid (9H) for latent tuberculosis infection (LTBI).

Lawrence Ha, MD, from Hofstra Northwell School of Medicine in Hemstead, NY, and coauthors compared the clinical and demographic profiles of patients who completed the 9H vs 3HP regimens with a focus on adverse events, a common cause of treatment discontinuation. They reviewed patient charts from July 2013 through March 2017.

Of the 124 analyzed patients, roughly half (n=64) had received 3HP and 62 patients had received 9H. Demographic variables were similar between the two groups. Mean patient age was 49.8 years.

Liver function tests were mildly elevated and did not significantly differ between the 2 arms (P =.2079).

All of the adverse effects—except neuropathy and pancreatitis—were reportedly higher in the 3HP group.

While the 3HP group exhibited higher completion rates and no patients lost to follow-up vs. the 9H group, the incidence of adverse effects was significantly higher in the 3HP group. Monitoring the 3HP group weekly may allow detection of more adverse reactions though resolution was achieved within the first 2 weeks.

Dr. Ha stated, “We conclude that three months of rifapentine plus isoniazid for the treatment of LTBI may be a favorable option over the traditional 9 months of isoniazid in certain populations.” 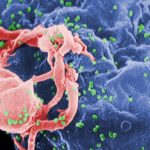