As flu season approaches, the US Centers for Disease Control and Prevention (CDC) continues to recommend influenza vaccination for all patients aged ≥6 months, with rare exceptions such as those with severe allergy to an ingredient in the vaccine.1 Individuals with preexisting respiratory diseases including asthma and chronic obstructive pulmonary disease (COPD) are among the groups identified as having a high risk for serious influenza-related complications.2

In a multicenter study (n=4198) published in January 2019 in CHEST, higher rates of crude mortality (9.7% vs 7.9%; P =.047) and critical illness (17.2% vs 12.1%; P <.001) were found among patients with COPD with vs without influenza infection, and vaccination was associated with a 38% reduction in influenza-related hospitalizations.3 Another recent study reported higher rates of severe illness, respiratory failure, and positive fungal cultures in patients with influenza and COPD.4

The influenza virus can also cause other types of infections including pneumonia, which has been diagnosed in 30% to 40% of hospitalized patients with influenza, especially in those with certain risk factors including chronic lung disease.4,5 In addition, the virus can trigger exacerbations in patients with asthma and COPD.2,6

Taken together, such findings underscore the critical importance of vaccination and other preventive efforts in patients with chronic respiratory illness. For an in-depth discussion on the topic, Pulmonology Advisor interviewed the following experts:

Pulmonology Advisor: What are some of the risks related to influenza infection in people with respiratory diseases such as COPD, asthma, and emphysema?

Dr Malhotra: Influenza can sometimes lead to respiratory failure requiring mechanical ventilation, which can sometimes be fatal. People at risk for severe infections include the very young and very old but also people with compromised immune systems and those with lung disease including asthma and COPD. Acute respiratory distress syndrome [may develop and these patients] sometimes can get superinfections, which is when they get a bacterial infection on top of influenza infection.7

Dr Schaffner: Persons with chronic respiratory illnesses such as COPD, asthma, and emphysema are at substantially increased risk for serious complications of influenza. Estimates show that 31% of US adults aged 50 to 64 years and 47% of those aged ≥65 years have ≥1 chronic health condition that increases the risk for influenza-related complications such as pneumonia, hospitalization, progressive loss of lung function, and death.8 This includes more than 30 million adults with COPD and/or asthma. Thus, receiving annual flu vaccine is a fundamental way to help avoid these dire outcomes.

Dr Mercado: Influenza infections are associated with increased morbidity and mortality. The two most vulnerable populations are young people and people with chronic respiratory disorders such as asthma and COPD. Influenza in [people with] asthma and patients with COPD may result in acute declines in their lung function (forced expiratory volume in 1 second).

Most clinical illnesses associated with influenza infection are a viral syndrome with upper respiratory manifestations, but in these particular groups, the most feared complication is the development of a viral pneumonia and of secondary bacterial pneumonia (bacterial superinfection). The most common bacteria implicated are Streptococcus pneumoniae and Staphylococcus aureus.7 This complication tends to occur around 4 to 14 days after the infection, following a period of clinical improvement. 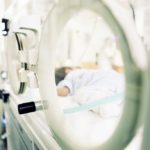