Compared with broad-spectrum beta-lactam (BSBL) antibiotics, which are commonly used for the treatment of neutropenic fever in patients with hematologic malignancy, the use of levofloxacin as prophylaxis for the prevention of neutropenic fever and bloodstream infections was associated with less disruption of the gut microbiome in this patient population, according to results of study published in Open Forum Infectious Diseases.

In this retrospective cohort study, researchers evaluated stool samples from patients admitted for chemotherapy or stem cell transplant to the Hospital of the University of Pennsylvania between February 13, 2017, and November 17, 2017. Microbiome characteristics were compared between patients who received levofloxacin for the prevention of bloodstream infections and patients who did not receive levofloxacin and among those who received BSBL antibiotics with those who did not receive BSBL antibiotics in the 7 days before sample collection.

In addition, compared with those who did not receive levofloxacin, receipt of levofloxacin was not associated with dominance of non-Bacteroidetes taxa or reduction in taxa protective of Clostridioides difficile.

In a subanalysis extending the window of antibiotic exposure to 14 days before sample collection, researchers noted that the associations between antibiotic exposures and microbiome outcomes were weakened. Further, bivariable analysis after adjusting for oral vancomycin exposure also demonstrated that levofloxacin was not associated with increased alpha diversity (β, 0.006; IQR, -0.05 to 0.18; P =.29) and there was a trend toward reduction in alpha diversity with receipt of BSBL antibiotics (β, -0.07; IQR, -0.15 to 0.00; P =.053).

Researchers concluded that the effect of antibiotics on the gut microbiome varies by class but stressed that prospective studies are needed to replicate their findings, “with rigorous methods to disentangle the impact of the timing and duration of antibiotic exposures.” 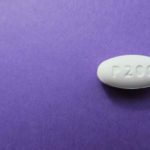