In low- and middle-income countries, carbapenem resistance may be associated with increased mortality and length of hospital stay in patients with bloodstream infections, according to a study published in Lancet Infectious Diseases.

Patients were recruited from 16 sites in 10 countries: Pakistan, Bangladesh, Colombia, Egypt, Ghana, Lebanon, Nepal, Nigeria, Vietnam, and India. While recruiting, hospitals diagnosed patients with either carbapenem-susceptible Enterobacteriaceae (CSE) or carbapenem-resistant Enterobacteriaceae (CRE) bloodstream infections. In total, 297 patients were included in the study; 174 patients had a CSE bloodstream infection and 123 had a CRE bloodstream infection. Patients were excluded if they had previously been enrolled in the study or were not treated with curative intent at the time of onset of the bloodstream infection. Central laboratories performed confirmatory testing and molecular characterization, which included strain typing. Proportional sub-distribution hazard models with inverse probability weighting to estimate the effect of carbapenem resistance on probability of discharge alive and in-hospital death were applied; multistate modelling was applied for excess length of hospital stay.

Researchers also noted that although the incidence of septic shock was similar between patients with CSE and CRE bloodstream infection (26% and 27%, respectively), patients with CRE infection more commonly had persistent bacteremia compared with those with CSE infection (17% vs 8%).

Overall, the study authors concluded that, “These data will inform global estimates of the burden of antimicrobial resistance and reinforce the need for better strategies to prevent, diagnose, and treat CRE infections in [low-income and middle-income countries]. 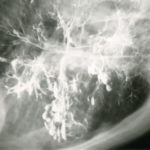 Macrolides May Be Better Than ICS in Older Patients With Bronchiectasis