Compared with intravenous (IV) treatment, oral antimicrobial therapy reduced hospital stays for patients with acute pyelonephritis caused by extended-spectrum, β-lactamase-producing Enterobacteriales (ESBL-PE). Oral treatment was not associated with adverse effects on treatment outcomes, indicating that oral antimicrobial therapy may be used as a carbapenem-saving option for the treatment of acute pyelonephritis, according to a study published in the European Journal of Clinical Microbiology & Infectious Diseases.

Baseline characteristics were compared using data from electronic medical records. The primary end point was overall treatment failure, defined as microbiological and/or clinical failure. Microbiologic failure was identified as blood culture and/or urine results not turning negative within 7 days, and clinical failure was defined as patient symptoms not resolving within 7 days or recurring during treatment. Treatment success was defined as patients with clinical recovery from acute pyelonephritis without microbiological follow-up. Secondary end points were length of hospital stay, recurrences within 2 months and 1 year, and adverse treatment-related events. To minimize bias, propensity score matching and multivariable Cox proportional hazard modeling were used.

The most common pathogen was Escherichia coli (83.6%, 199/238) across the entire cohort. The OAT group comprised 60 patients receiving oral antimicrobial therapy after a median of 4-day appropriate intravenous therapy, and the IV-only group comprised 178 patients. Ertapenem was the most commonly prescribed in the IV only group; oral fluoroquinolones were the most commonly used in the OAT group (76.4% and 58.3%, respectively), followed by trimethoprim-sulfamethoxazole and amoxicillin-clavulanate. Hospitalization length was shorter by roughly 4.5 days in the OAT group compared with the IV only group (6.15 days vs 10.65 days; P < .001). The risk for treatment failure in the OAT group was not statistically superior to IV alone treatment (adjusted odds ratio [OR] 0.66; 95% CI, 0.18-24.3; P =.538). After 2 months, recurrence of acute pyelonephritis caused by ESBL-PE infection was also not significantly different between groups (adjusted hazard ratio [HR] 0.56; 95% CI, 0.16-2.00; P =.366), and recurrence within 1 year was also similar between the OAT and IV groups (HR 0.78; 95% CI, 0.35-1.77; P =.519).

Study investigators concluded, “[Oral antimicrobial agents] can be used to treat [acute pyelonephritis] caused by ESBL-PE infections and reduce the length of hospital stay without adverse effects on clinical outcomes as a carbapenem-sparing strategy.” In addition, they highlighted that the results demonstrated that greater than than half of all ESBL-PE isolates from the IV group were susceptible to oral antimicrobial agents, further evidencing that oral treatment is noninferior to IV treatment. Researchers also noted that more prospective studies in a larger population are needed to ensure the efficacy and safety of OAT for acute pyelonephritis caused by ESBL-PE. 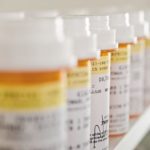