A recent case published in the New England Journal of Medicine reports on a patient diagnosed with glandular tularemia, an infection that was likely transmitted by his cat.

The 68-year-old patient reported having a fever for 1 week followed by progressive, painful swelling on the right side of his neck for 2 months. The symptoms had started 2 days after his outdoor cat had died from what was believed to be feline leukemia, however laboratory testing had not been conducted to confirm the diagnosis.

During the physical examination, it was noted that the patient had 3 erythematous, tender lymph nodes. Serologic testing was conducted and revealed the patient was positive for Francisella tularensis, a Gram-negative coccobacillus that is transmitted to humans by infected animals. “Domestic cats can become infected through the consumption of infected prey and can transmit the bacteria to humans,” explained the authors. The patient reported he had been administering medication to his cat at the time of its illness.

Within 5 days of receiving doxycycline, the patient’s lesions improved; resolution of symptoms occurred within 3 weeks of treatment (the patient was treated for a total of 4 weeks). 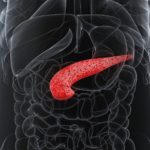 The Misuse of Antibiotics in Acute Pancreatitis Appears Widespread