For patients with Escherichia coli or Klebsiella pneumoniae bloodstream infections and ceftriaxone resistance, treatment with piperacillin-tazobactam compared with meropenem did not result in a non-inferior 30-day mortality, according to data published in the Journal of the American Medical Association (ClinicalTrials.gov identifier: NCT02176122).

The non-inferiority, parallel-group, randomized clinical trial included 378 patients from 9 countries hospitalized during the years 2014 to 2017. Participants had at least 1 positive blood culture with E coli or K pneumoniae species testing non-susceptible to ceftriaxone but susceptible to piperacillin-tazobactam.

The study randomly assigned 187 patients to receive piperacillin-tazobactam. Of these, 23 met the primary outcome of mortality at 30 days compared with 7 of 191 patients receiving meropenem (risk difference, 8.6% [1-sided 97.5% CI, -∞ to 14.5%]; P = .90 for non-inferiority). Nonfatal serious adverse events occurred in 2.7% of the piperacillin-tazobactam group and 1.6% of the meropenem group. The investigators also noted a secondary outcome. By day 4, 121 of 171 participants in the piperacillin-tazobactam group and 138 of 185 participants in the meropenem group demonstrated clinical and microbiologic resolution of infection. There were no statistically significant differences in microbiologic resolution or relapse of infection with another multidrug-resistant organism, Clostridium difficile.

Investigators highlighted several potential limitations. These included inherent delays in the processing of blood cultures and susceptibility testing, which resulted in empiric therapy not being under the control of the study team. Effects from this could have biased the results to non-inferiority. In addition, step-down therapy with a carbapenem was allowed in 20.1% of all patients 5 days after randomization, and adequate source control in patients with complex infections may not have been achieved, possibly influencing mortality if imbalances were present.

There is also a potential limit on generalizability and selection bias as only 2 patients were recruited from North America and the primary physician permission was required for study admission. In addition, the nonblinded nature of the study may have led to early cessation of piperacillin-tazobactam if clinicians perceived clinical failure.

The researchers concluded that the results did not support the use of piperacillin-tazobactam in place of meropenem in the setting of bloodstream infection, as it did not result in non-inferior 30-day mortality. 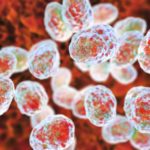