NEW ORLEANS — Although uptake was limited, prophylactic treatment with moxifloxacin was well-tolerated in individuals with evidence of latent tuberculosis (TB) who were in contact with patients with high-risk multidrug-resistant tuberculosis (MDR-TB), according to results of a study presented at the CHEST Annual Meeting 2019, held October 19 to 23 in New Orleans, Louisiana.

Researchers conducted an observation cohort study via telephone-based questionnaires to assess the uptake and tolerability of preventive treatment in people who were in close contact with individuals who had positive MDR-TB sputum samples and had interferon gamma assay or tuberculin skin test evidence of latent TB. Inclusion criteria further necessitated exposure to persons with MDR-TB for >8 hours during a period of infectiousness. After meeting all study criteria, a total of 32 people were enrolled in the study. These individuals were offered a 9-month course of moxifloxacin and then followed-up with clinical reviews and chest radiographs for 2 years postexposure, after which they completed the questionnaire.

Of the 32 members of the study cohort, 9 agreed to treatment with moxifloxacin, 22 chose to receive ongoing surveillance via chest radiographs, and 1 did not attend follow-up appointments. Participants cited adverse effects and concerns regarding negative employment consequences as causes for not pursuing preventive treatment with moxifloxacin. Among those who chose prophylactic treatment, 78% presented for 2-year follow-up and 86% completed the entire prescribed course of treatment. At the 2-year follow-up, there were no incident cases of TB.

The investigators concluded that “Each case of MDR-TB disease may expose multiple people to their disease and it is known that these people are at an increased risk of developing tuberculosis disease in the future.”

As there is scant research on patient acceptance and tolerability of preventive treatment for contacts of patients with MDR-TB with evidence of latent TB, the investigators noted that this study significantly adds to the body of knowledge, but that further research is much needed. 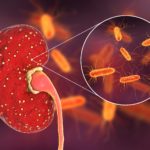