The use of clindamycin, doxycycline, quinolones, macrolides, and phenoxymethylpenicillin during pregnancy may be associated with increased risk for major congenital malformations (MCMs), according to a new study published in the British Journal of Pharmacology. Exposure to amoxicillin, cephalosporins, and nitrofurantoin, however, was not associated with MCMs.

To better understand the link between gestational antibiotic exposure and MCMs, researchers from the University of Montreal used the Quebec pregnancy cohort which included 139,938 liveborn infants between 1998–2008. Exposure to antibiotics was evaluated in the first trimester while MCMs were identified within the first year of life.

Use of quinolones, moxifloxacin, ofloxacin, macrolide, erythromycin, and phenoxymethylpenicillin were also found to be associated with organ specific malformations.

While the absolute risks for birth defects were small, the researchers believe clinicians should take them into consideration when prescribing. “Infections during pregnancy are frequent and should be treated; however, our study highlights safer options for the treatment of infections, more specifically urinary tract infections or pulmonary infections, at least during the first trimester of pregnancy,” concluded senior author Dr Anick Bérard. 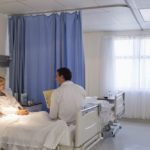