For physicians, 80% to 90% pathogen coverage was an acceptable threshold for managing patients with mild and severe sepsis from bacterial infections, according to data published in Clinical Infectious Diseases.

Study investigators conducted a scenario-based survey of 238 internists across Canada to identify their perceived likelihood of coverage achieved by their usual empiric antibiotic regimen, and minimum thresholds of coverage that would deemed acceptable. The survey employed a 2 × 2 factorial design and varied by infection source (undifferentiated vs genitourinary) and severity (mild vs severe).

Survey respondents included 87 resident physicians and 151 attending physicians who reported on their perceived likelihood of antibiotic coverage and minimum thresholds of coverage for several scenarios.

This study was limited, in that the results are based on self-reported behavior, and they could not quantify the entire active membership of all of the LISTSERVs. Also, demographic and clinical factors could not be collected from the survey nonresponders, meaning study investigators are unsure that the survey sample is representative of each specialty group. Further, the survey did not include clinical specialties involved in treating patients with serious bacterial infections, was conducted in a single country with low rates of antibiotic resistance, and the clinical scenarios presented included only pertinent data and not the full details of a complete internal medicine consultation.

In light of these limitations, study investigators recommended that future work in this area “should extend to include clinicians in other relevant specialties including emergency medicine, critical care and surgery” and “should examine whether patient outcomes are improved among those treated by clinicians employing higher adequate treatment thresholds.”

This study identified several clinical and physician factors that influence empiric antibiotic regimen and minimum thresholds of adequate coverage. The study authors also concluded that minimum pathogen coverage of 80% and 90% were physician-acceptable thresholds for patients with mild and severe sepsis as a result of bacterial infections, and noted that these rates are higher than those typically achieved in practice. These results may be useful in prioritizing antibiotic regimes in sepsis guidelines, developing decision-support tools and managing antibiotic coverage with regard to proper antibiotic stewardship. 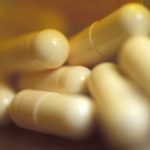