Later-generation fluoroquinolones, cephalosporins, and aminoglycosides reduced the amount of biofilm produced by Escherichia coli strains responsible for urinary tract infections (UTIs), according to a study published in Pathogens and Disease.

The production of biofilm by E coli allows the bacteria to persist in the vagina and bladder, raising the risk of recurrent UTI by the same pathogen in women and children. Biofilm exerts its protective effect by increasing the resistance of bacteria to the host immune response and to antibiotics. In particular, biofilm may boost antibiotic resistance by inducing antibiotic inactivation, restricting antibiotic distribution, and allowing horizontal transmission of bacterial resistance genes.

Biofilm formation may occur due to virulence factors, some of which are genetically mediated. UTI relapse may also occur due to the presence of intracellular bladder reservoirs, also known as intracellular bacterial communities (IBCs), which are similar in structure to biofilm. However, whether IBCs are related to biofilm production is unclear.

Researchers investigated whether antibiotics used to treat UTIs reduce the biomass of biofilm produced by E coli strains isolated from children with UTIs.

Biofilm biomass of strains not treated with antibiotics was used as a comparator for assessing the effect of each antibiotic on biofilm.

Amikacin was the only antibiotic that significantly reduced biofilm biomass in both susceptible and resistant strains at all concentrations.

Ampicillin did not have a significant effect on biofilm produced by susceptible or resistant E coli.

“In the case of recurrent or persistent UTI potentially associated with the presence of biofilm, as in catheterized patients, the use of third-generation cephalosporin, fluoroquinolones, and aminoglycosides could be recommended. These antibiotics reduced biofilm biomass even in the case of resistant strains,” the investigators wrote. 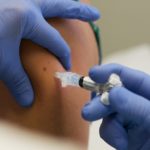