To prioritize the research and development of new and effective antibiotic treatments, the World Health Organization (WHO) has developed a list of global priority pathogens.

A multicriteria decision analysis technique was applied to develop the priority pathogens list, incorporating both expert opinion and evidence-based data. The following 10 criteria were selected:

Data were stratified by the 6 WHO regions whenever possible, and obtained from the sources listed below. The search stopped on September 30, 2016.

A group of 70 experts with different backgrounds were involved in the criteria weighting process. The weights of the criteria were derived by 1000Minds software. The ranking of the pathogens was reviewed and finalized by 8 experts not previously involved in the process at a meeting held in Geneva, Switzerland, in January 2017.

Pathogens were grouped by species and type of antibiotic resistance and stratified into 3 priority tiers: critical, high, and medium (Table). 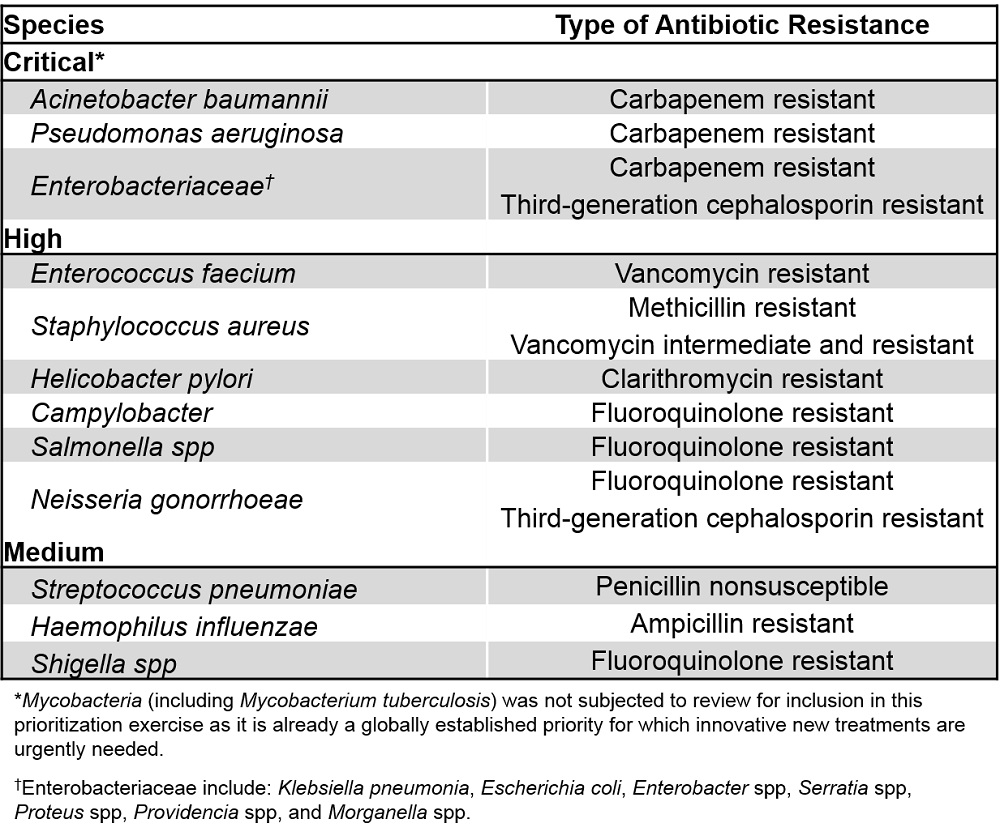 Development of new antibiotics for the pediatric population, as well as oral formulations for community diseases with a high morbidity burden, was stressed by the panel. In addition, the panel supported the development of new classes of antibiotics without cross- and co-resistance to existing classes.

Limitations included lack of high-quality data for community-acquired infections and from low-income countries. The panel also underlined “the lack of surveillance data on livestock and food, highlighting the need for coordination between human and animal surveillance systems.”

Full protocol and results will be published on the WHO website by the end of May 2017.