Commercially available enzyme-linked immunosorbent assay (ELISA) tests show potential for SARS-coronavirus-2 (SARS-CoV-2) diagnosis, especially in patients who have had symptoms for ≥11 days, according to the results of a study recently published in the Journal of Infectious Diseases.

Polymerase chain reaction (PCR)-based tests have become the cornerstone of SARS-CoV-2 diagnosis; however, the diagnostic potential of antibody test has not yet been evaluated comprehensively. Although multiple ELISA and rapid tests have become available, their diagnostic ability has yet to be thoroughly evaluated or compared. Therefore, to assess the potential for use in the clinical setting, this study compared sensitivities and specificities of 4 commercial ELISA and 2 rapid tests in patients with symptomatic SARS-CoV-2 infection.

Overall, the study authors conclude that, “Although our study has the limitation of a relatively small sample size, in summary, it nonetheless provides comparative data on the early available commercial ELISA assays, indicating a high potential of the evaluated tests for SARS-CoV-2 diagnoses, especially in symptomatic patients and progressed stages of the infection.” 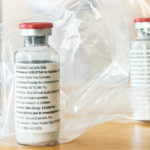 FDA: Coadministration of Remdesivir With CQ or HCQ Not Recommended