In 2020, there were more than 28 million excess years of life lost (YLL) in 31 countries found to be associated the COVID-19 pandemic, according to results of a study published in BMJ.

Annual data on all-cause mortality was obtained from 37 upper-middle- and high-income countries between 2005 and 2020 from the Human Mortality Database maintained by the University of California, Berkeley, and the Max Planck Institute. Using these data, the investigators performed a time series analysis to assess the effect of the COVID-19 pandemic on mortality.

This study was limited by its exclusion of most countries in Asia, Africa, and Latin America due to the unreliability of data. In addition, there was a lack of data on socioeconomic status and race/ethnicity.

According to the investigators, “as many of the effects of the [COVID-19] pandemic might take a longer time frame to have a measurable effect on human lives, continuous and timely monitoring of excess YLL would help identify the sources of excess mortality and excess YLL in population subgroups.”

COVID19 Emerging Diseases Year In Review
Next post in COVID19 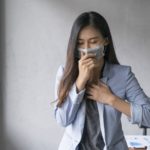