In an effort to identify inhibitors of the SARS-CoV-2 main protease (Mpro) which cleaves to polyproteins to form structural proteins that are vital for viral replication, investigators developed 7 different investigational COVID-19 oral antiviral candidates that inhibit Mpro. They selected compound 6, Paxlovid (PF-07321332/ritonavir), for further testing since it could be easily scaled up synthetically, had increased solubility allowing for a simple formulation vehicle in support of preclinical toxicology, and also was less likely to epimerize at the P1 stereocenter. These findings were published in Science.

To evaluate the in vivo antivral activity of Paxlovid, investigators used a mouse-adapted SARS-CoV-2 model. Mice treated with either a 300- or 1000-mg/kg dose of Paxlovid twice daily were found to have a decreased risk for weight loss compared with vehicle-treated mice. On analysis of lung titers 4 days postinfection, control mice (n=12) developed a severe respiratory infection and mice treated with Paxlovid had significantly decreased viral loads.

Intravenous Paxlovid was found to have moderate plasma clearance, with an elimination half-life of 5 hours in rats and less than 1 hour in monkeys. In addition, the oral bioavailability of Paxlovid was increased in rats (range, 34-50%) compared with monkeys (8.5%). After analyzing the drug-metabolizing enzyme effects of Paxlovid, the investigators found that the compound was significantly inhibited (>82%) by the selective CYP3A4/5 inhibitor ketoconazole.

The investigators noted that Paxlovid had a favorable off-target selectivity profile in a broad panel of G protein-coupled receptors, kinases, transporter and phosphodiesterase enzyme inhibitor screens, and it showed no activity against cardiac ion channels Kv1.1, Cav1.2, or Nav1.5. In addition, Paxlovid was found to be neither mutagenic nor clastogenic in vitro genetic toxicity assays, and an in vivo rat micronucleus assay was negative. Paxlovid was well tolerated in both rats and monkeys, with no adverse events observed at the highest doses tested (600 mg/kg/day in monkeys and 1000 mg/kg/day in rats).

In an ongoing randomized, double-blind, placebo-controlled single ascending dose study, investigators assessed the safety, tolerability, and pharmacokinetics of Paxlovid, alone and in combination with ritonavir (RTV), in healthy adults. They found that PF-07321332 alone was safe and well-tolerated, and co-administration with RTV, a potent CYP3A4 inactivator, led to a significant increase in plasma concentrations.

Additionally, 12 hours after the first dose of Paxlovid 250 mg, oral plasma concentrations were significantly increased compared with the SARS-CoV-2 antiviral EC90 value. The investigators noted that this finding leads to “increasing confidence in achieving robust pan-coronavirus antiviral activity [in clinical settings],” with Paxlovid. 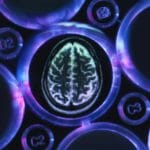 A Shared Genetic Link Between Alzheimer Disease and Severe COVID-19