In regard to SARS-CoV-2 variants of concern (VOC), both the Delta variant and those with the N501Y mutation were associated with increased virulence and an increased risk for severe disease in older and younger age groups, according to results of a study published in Clinical Infectious Diseases.

Researchers conducted a retrospective cohort study among patients who tested positive for SARS-CoV-2 infection and were screened for VOC to investigate whether increases in virulence of novel variants were similar across different age groups. Patients from Ontario, Canada were enrolled between February 7, 2021 and October 31, 2021.

After screening for SARS-CoV-2 VOCs, the researchers identified 3 patient groups on the basis of VOC status. The 3 groups included those infected with either a N501Y-positive VOC, probable Delta VOC, or undetectable VOC. Age-specific logistic regression models were used to analyze associations between SARS-CoV-2 VOCs and disease severity. Outcomes of disease severity included hospitalization, intensive care unit (ICU) admission, and death. Adjustments to the models were made for sex, comorbidities, vaccination status, and immunocompromised status.

A total of 259,984 patients infected with a SARS-CoV-2 VOCs were included, of whom 64.6% were N501Y-positive and 19.1% were classified as probable Delta variant infections. Among patients who were positive for the N501Y mutation, the researchers observed a significantly increased risk for hospitalization among patients aged 20 years and older, and. an increased risk for ICU admission among those aged 30 and older. They also noted that N510Y-positive COVID-19 infection was associated with an increased risk of death among patients aged between 40 and 49 and those older than 60 years. The researchers were unable to provide estimates for the risk for ICU admission and the risk of death among children younger than 10 and those younger than 20 years, respectively, due to the rarity of these outcomes among these aged groups.

In children younger than 10 years who were infected with the Delta variant, the adjusted odds ratio for hospitalization risk increased by a factor of 2.5 (95% CI, 1.3-5.0) compared with those who were not infected with a SARS-CoV-2 VOC.

According to the researchers, “[these findings showed] no evidence to suggest that the apparent increase in virulence of SARS-CoV-2 VOC is limited to a particular age group.” They concluded, “the relative rarity of severe outcomes in children and [adolescents indicates the need for additional studies]… to assess the robustness and generalizability of these findings.” 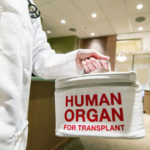