HealthDay News — For hospitalized patients with COVID-19, neither remdesivir nor hydroxychloroquine (HCQ) affects viral clearance, according to a study published online July 13 in the Annals of Internal Medicine.

Andreas Barratt-Due, Ph.D., from Oslo University Hospital in Norway, and colleagues examined the effects of remdesivir and HCQ on mortality, respiratory failure and inflammation, and viral clearance in the oropharynx in an add-on, randomized controlled trial to the World Health Organization Solidarity trial conducted at 23 hospitals in Norway. A total of 181 adults hospitalized with confirmed severe acute respiratory syndrome coronavirus 2 (SARS-CoV-2) were included in the analysis: 42 received remdesivir, 52 received HCQ, and 87 received standard of care.

The researchers found that during hospitalization, there were no significant differences in mortality between the treatment groups. A marked decrease was seen in SARS-CoV-2 load in the oropharynx during the first week overall, with similar decreases and 10-day viral loads in all treatment groups. Neither the degree of respiratory failure nor inflammatory variables in plasma or serum was affected by remdesivir or HCQ. There was no association noted for lack of antiviral effect with symptom duration, level of viral load, degree of inflammation, or presence of antibodies against SARS-CoV-2 at hospital admission.

“The overall lack of effect of remdesivir and HCQ on the clinical course of patients hospitalized for COVID-19 was accompanied by a paucity of effect on SARS-CoV-2 viral clearance in the oropharynx,” the authors write. “Our findings question the antiviral potential of these drugs in hospitalized patients with COVID-19.” 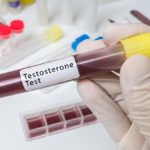 COVID-19 Is Associated With Low Testosterone in Men