In New York City, a team of investigators has determined that COVID-19 testing has not been proportional to need, according to the results of a study published in the American Journal of Preventive Medicine. The researchers believe that existing socioeconomic and racial disparities in healthcare access are likely having an effect on the public health response.

The investigators performed an ecological study to determine the spatial distribution of COVID-19 testing by ZIP Code Tabulation Area (ZCTA )and investigate if testing was associated with race or socioeconomic status.

Data for the investigation were obtained from the New York City Coronavirus data repository and the 2018 American Community Survey 5-year estimates. The number of total tests significantly increased with the increasing proportion of white residents (β=0.004, SE=.001, P =.0032). Total tests did not significantly increase with increasing Hispanic composition or socioeconomic status index score. The ratio of positive tests to total tests significantly decreased with the increasing proportion of white residents in the ZCTA (β= –0.003, SE=.0006, P <.001) and with increasing socioeconomic status index score (β= –0.0016, SE=.0007, P =.0159).

The use of census data may underrepresent noncitizens, which would influence socioeconomic status index measures and the racial composition of each ZCTA, representing one study limitation. Furthermore, the data used in these analyses are not individual level; instead, they are aggregate ZCTA-level data, which limits the ability to draw individual-level conclusions. The investigators noted that as this study was ecological in nature, “there are more individual-level factors that may influence COVID-19 testing that could not be taken into account here.”

The investigators concluded that, “this analysis identifies disparities in those being tested, and suggests a gap in COVID-19 response policy, as well as the need for widespread testing and public health outreach to the most vulnerable populations of NYC.” They further note that they believe this to be essential for stopping the pandemic and reopening the economy in New York City. The investigators also recommend that future work should focus on why these disparities in testing occurred, and that focus groups among residents of low socioeconomic status could help determine if barriers to testing exist and generate suggestions on how to address such obstacles. 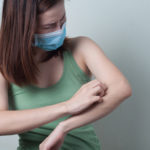