More than half of patients with positive blood cultures upon discharge from the hospital needed to be readmitted, with the majority requiring modifications to their antibiotic therapy, according to results of a study published in the European Journal of Clinical Microbiology & Infectious Diseases.

Researchers reevaluated 45 patients. Coagulase-negative staphylococci were the most frequently isolated microorganism at 34% (n=17), followed by Enterobacteriaceae (28%) and Staphylococcus aureus (8%). They assessed blood cultures for contamination in 17 patients. Although infection site was initially suspected in 50% of patients, it decreased to 40% after clinical reevaluation. Diagnoses were changed in 53% of patients after clinical reevaluation, with catheter-related infection the most common at 38%, followed by urinary tract infection and endocarditis (both 16%).

After all 45 patients were diagnosed with a bloodstream infection, 24 (53%) were readmitted to the hospital, and the remaining patients followed-up with either their family physician or an external consultation with an infectious disease specialist (IDS). None of the 45 patients died during the follow-up period.

Study limitations include a single center design, small sample size, and the lack of a control group.

“Our practice of antibiotic stewardship allowed for the better follow-up of patients by rapidly correcting the diagnosis, treatment, and orientation of more than half of patients,” according to the researchers. They concluded, “If no IDS is available to do this work, a link must be given to the outpatients to retrieve their results with their family physician.” 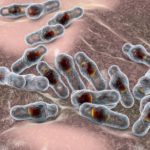