The study had several limitations including overestimated seroprevalence in the US population, lack of data on patient socioeconomic factors, and underrepresentation of rural areas. While the study was large, authors note that the study was not designed for state-level or county-level estimates, rather precise regional ones.

In this “broadly representative sample of US dialysis patients,” data shows “striking differences in seroprevalence by several patient characteristics, with higher seroprevalence in younger patients, Black and Hispanic patients, and patients living in poorer and majority-minority neighborhoods.” This data can assist in building “management strategies during the next phase of the pandemic,” the study authors concluded. 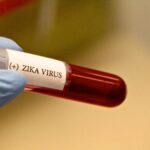