The United States has sufficient capacity for treating another outbreak of the Ebola virus, but financial, staffing, and resource challenges remain a hurdle for many hospitals and health systems, according to a study published online in Infection Control & Hospital Epidemiology.

Following the 2014 U.S. outbreak, which killed 1 patient and sickened 2 healthcare workers, the Centers for Disease Control and Prevention (CDC) designated 55 sites to treat Ebola, including 9 regional centers in major metropolitan areas, with a total capacity of approximately 120 beds.

Researchers from the University of Nebraska Medical Center, Harvard Medical School, Emory University, New York-Presbyterian Hospital, and Indiana University School of Public Health surveyed the capabilities and capacity of all the designated Ebola treatment centers and received responses from 47 (85%).

The researchers noted that while the development of the centers heightened nationwide preparedness levels, challenges remained in providing the necessary treatment, and often strained an institution’s capacity, especially in key areas such as waste disposal, staffing, and pediatric care.

The survey revealed that many hospitals struggled with the the high cost of disposing of large quantities of highly infectious waste that are generated by even a single Ebola patient. The costs associated with the installation of proper onsite waste disposal equipment, including incinerators, is approximately $100 000 and only 11 institutions reported having this capability; the remaining centers transport the waste for disposal offsite, spending millions of dollars to do so, while also increasing the risk of exposure of the pathogen to staff during the packaging and transportation process.

Regarding staffing, the survey noted that since staff participation in Ebola treatment centers is voluntary, scheduling and back-fill issues become complicated, as does the question of how to sustain a fully-trained team when a treatment unit is unoccupied.

The survey results also noted that most of the centers have much more capacity to handle adult patients and do not plan care for pediatric patients, highlighting the need to distinguish capacity for each population.

“We have strengthened our nation’s ability to properly contain a highly unlikely outbreak of Ebola. However, the ability to treat outbreaks of other infectious viruses which are airborne, such as Severe Acute Respiratory Syndrome (SARS) and Middle East Respiratory Syndrome (MERS) would be challenging,” John Lowe, PhD, lead researcher, said in a prepared statement about the survey.

Nearly all off the centers surveyed have also volunteered to participate in a U.S. Highly Infectious Disease Network to continue to advance this field through peer review and consensus efforts to further develop the national capacity for high-level isolation care. 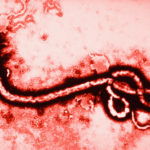