Extracellular parasite histones may be associated with toxicity to brain tissue in cerebral malaria, according to the results of a recent study published in Blood Advances.

To address the lack of information on the relationship between host and parasite histones, clinical indicators of endothelial or coagulation activation, and disease severity, Christopher Moxon, PhD, and colleagues conducted a study to determine the effects of Plasmodium falciparum histones in endothelial disruption of pediatric patients with cerebral malaria. The investigators reported that extracellular histones are often associated with damage to endothelial cells in circumstances such as influenza infection, sepsis, inflammation, or other damage.

The researchers recruited patients with cerebral malaria from the Queen Elizabeth Central Hospital in Blantyre, Malawi, who were aged 6 months to 16 years. Cerebral malaria was identified based on World Health Organization criteria, with this diagnosis refined through a retinal evaluation by an ophthalmologist.

The main comparator group for this study consisted of patients who were experiencing coma without cerebral malaria. Healthy control patients and patients with other illnesses were also studied. Serum circulating histones were assessed by immunoblot assay, and brain swelling was measured based on scans obtained through magnetic resonance imaging (MRI).

MRI scans revealed an association between swelling of brain tissue and elevated levels of circulating histones. Moderate to severe brain swelling was associated with an almost 3-fold increase in histone levels, compared with levels in patients showing no swelling.

Postmortem histone staining of brain sections indicated that histones had accumulated in areas of parasite sequestration in vascular tissue in patients who had cerebral malaria. Furthermore, the localization of histones was associated with sites of thrombosis and breakdown of the blood-brain barrier.

Additionally, histones from patient sera or purified from P falciparum were shown to disrupt the BBB and demonstrated toxicity to human brain endothelial cells. This effect was impeded in the presence of antihistone antibodies and nonanticoagulant heparin.

The researchers concluded that this study demonstrates that levels of circulating histones are more abundant with cerebral malaria and that histones may be linked to the breakdown of the blood-brain barrier and thrombosis. They also recommended further study on the use of antihistone therapies for patients with cerebral malaria. 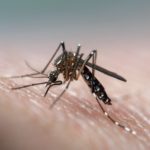