Between 2013 and 2015, 7 cases of Baylisascaris procyonis roundworm infections were identified in the United States, according to data published in the US Centers for Disease Control and Prevention’s  (CDC’s) Morbidity and Mortality Weekly Report.1

Enzootic to raccoons in the Midwest, northeast, and along the West coast, Baylisascaris procyonis infections have been documented across the country, and are diagnosed using immunoblot testing. No commercially available serologic test currently exists in the United States,and infections can be easily missed, according to the report.

A history of raccoon exposure and a “high index of clinical suspicion” are required to make the diagnoses, noted Anita D. Sircar, MD, of the CDC Epidemic Intelligence Service and the Division of Parasitic Diseases and Global Malaria. Dr Sircar also explained  that early treatment of suspected cases in critical in preventing permanent sequelae.

“The geographic distribution, clinical presentations, exposure history, and sequelae reported in this case series are similar to those previously reported,” said Dr Sircar. “All patients were treated with recommended regimens for baylisascariasis.”

The report has at least 2 limitations: first, Baylisascaris procyonis antibody is not necessarily proof of a current or active infection; rather, it reflects a history of parasitic exposure. Second, all illnesses were identified from specimens tested at the CDC, which underrepresent the actual number of baylisascariasis-related illnesses. 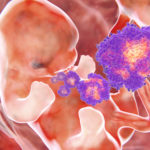