HealthDay News — An emergency committee of independent experts will meet next week to determine whether the growing monkeypox outbreak that has spread to dozens of countries should be declared an international health emergency, the World Health Organization announced Tuesday.

That is the highest level of alert for viral outbreaks and doing so would mean that the WHO views the normally rare disease as a continuing threat to nations worldwide, the Associated Press reported.

WHO Director-General Tedros Adhanom Ghebreyesus said he decided to convene the emergency committee because of the “unusual” spread of monkeypox in countries well beyond parts of Africa where it is endemic. “We believe that it needs also some coordinated response because of the geographic spread,” he told reporters, according to the AP.

Case counts are rising every day and there are “many gaps of knowledge of the dynamics of transmission,” said Ibrahima Soce Fall, M.D., the WHO’s emergencies director for Africa, the AP reported. “With the advice from the emergency committee, we can be in a better position to control the situation. But it doesn’t mean that we are going straight to a public health emergency of international concern. We don’t want to wait until the situation is out of control to start calling the emergency committee.”

The U.N. health agency recommends “judicious” use of vaccines rather than mass vaccination, and said the main measures to control the outbreak include surveillance, tracking cases, and isolating patients, the AP reported. More than 1,600 cases and nearly 1,500 suspected cases have been reported this year in 39 countries, including seven where monkeypox has occurred for years, Tedros said.

There have been 72 deaths reported, but none in newly affected countries such as Britain, Canada, Italy, Poland, Spain, and the United States, the AP reported. 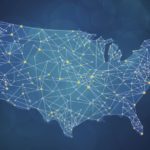 Monkeypox Cases Rising Slowly in the US, CDC Says