Although in rare cases the motor impairment experienced by children with congenital Zika syndrome is mild, most children suffer severe motor impairment, which appears to be associated with factors such as small head circumference at birth and severe cortical development malformations, according to a study published in Developmental Medicine and Child Neurology.

This study was designed to investigate the gross motor function of children with confirmed or presumed congenital Zika syndrome (N=59; 29 girls, 30 boys) and any associated factors. These children, with mean (SD) age of 14.7 (3.9) months, were classified according to the Gross Motor Function Classification System then evaluated using the Gross Motor Function Measure to determine motor function. Neuroimaging was used to evaluate neurological damage, and factors associated with motor function were identified using correlational and multiple regression analyses. Sociodemographic characteristics of the mothers and general data on the children were gathered from medical records and interviews with the mothers.

Among the 59 children with congenital Zika syndrome (27 confirmed, 32 presumed), 81% were classified with severe motor function impairment as Gross Motor Function Classification System level V, with the participants’ overall Gross Motor Function Measure scores ranging from 5 to 210 (median 18; interquartile range 11). Only 7% of children with congenital Zika syndrome had motor skills measured as adequate or close to adequate for their age.

Limitations to this study include a small sample size with participants from only one Brazilian state and with similar sociodemographic variables, a lack of information on all motor impairment factors, a lack of data on visual and auditory problems, and a lack of control group.

Study investigators conclude, “These results highlight the severe motor impairment presented by most children with [congenital Zika syndrome], although in some cases motor impairment was mild. Furthermore, factors such as the presence of severe malformations of cortical development and head circumference at birth were found to be associated with motor impairment and should be taken into consideration in future studies. Much remains to be investigated regarding the development of children with [congenital Zika syndrome]; however, these results may serve as a basis for more in-depth evaluations and protocols of intervention aimed at this population.” 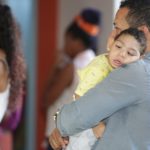