For most of the 35 years of the global AIDS epidemic, HIV prevention was limited to education and modification of sexual and drug-using behavior. Although these tools had an impact, success was limited. In the last few years, great progress has been made with the addition of treatment-as-prevention (TasP) and pre-exposure prophylaxis (PrEP) to the prevention arsenal. An effective HIV vaccine could be the linchpin when securing a strategy for global eradication. After years of futility in vaccine research, a promising candidate vaccine is poised for large-scale efficacy trials. Research on various prevention modalities took center stage at the 21st International AIDS Conference held this summer in Durban, South Africa.

Great Expectations for a Candidate Vaccine

An efficacy trial of a promising HIV vaccine candidate is scheduled to begin shortly in South Africa. The vaccine regimen builds on the RV144 vaccine, which was reported to reduce new HIV infections in Thai men and women by 31% seven years ago.1 The vaccine strategy combines an avian poxvirus engineered to express HIV envelope antigens to prime immune responses, followed by booster doses with both poxvirus vector and recombinant HIV envelope antigens. The immunogens have now been optimized to protect against HIV subtype C prevalent in South Africa and the recombinant antigens administered with a potent adjuvant. This new vaccine regimen induced higher levels of protective types of antibodies and T-cell activity than the original RV144 vaccine,2 signaling that large-scale efficacy trials should proceed.

How Well Does TasP Work?

Combination antiretroviral therapy (ART) has been shown to be a potent HIV prevention tool, reducing HIV transmission to the heterosexual partners of HIV-positive individuals by 96%.3 Less is known about the efficacy of TasP in men who have sex with men (MSM). A cohort of serodiscordant couples (340 gay male and 548 heterosexual) reporting high-­risk sexual activity were followed for new HIV infections. The HIV-positive partners were on ART and had a plasma HIV RNA <200 copies/mL within the past year. During 1238 couple-years of follow-up, 11 new infections were found. However, molecular analysis showed none were transmitted from the partner on ART.4 This study suggested that TasP similarly provided high levels of prevention against HIV transmission from the HIV-infected partner in both heterosexual and gay male couples. However, new infections may occur in non-monogamous relationships.

It has been proposed that the reduction in infectivity seen with TasP could be harnessed to end the HIV epidemic using a universal test-and-treat strategy. To test this hypothesis, a study was carried out in a rural region of South Africa where nearly one-third of adults are HIV-infected. Participating households were cluster-randomized to have all HIV-positive adults treated with ART or to start ART according to WHO guidelines. HIV testing was done at entry and every six months. During follow-up of more than 28,000 individuals, rates of new HIV infection were similar between arms (about 2/100 person-years).5 This result was not surprising given that rates of ART utilization were similar — despite the expectation that randomization to universal treatment would increase ART uptake. Rates of testing, HIV diagnosis, and viral suppression on ART were similarly high, but only 47% of HIV-positive individuals in each arm were successfully linked to care within a year of diagnosis. This study did not disprove the hypothesis that TasP can control the HIV epidemic. Instead, it showed that full implementation of the strategy will require additional resources that are especially focused on improving linkage to care.

Daily doses of co-formulated tenofovir DF/emtricitabine have been shown to be effective6 and are FDA-approved for use as PrEP. However, efficacy is highly dependent on adherence. Daily dosing may not be ideal for all high-risk individuals, such as those with less frequent but still predictable sexual activity. A large randomized trial of on-demand PrEP was efficacious in high-risk MSM.7 The regimen called for a double dose of tenofovir DF/emtricitabine two to24 hours before anticipated sex, followed by single doses 24 and 48 hours later. During the open-label extension phase of this trial, a single new HIV infection occurred among 362 participants (0.19/100 person-years).8 The infection occurred after the PrEP regimen had been discontinued. This study demonstrated that on-demand PrEP may remain an effective prevention strategy, despite a modest increase in reported condomless anal sex and a high rate of other STDs (40/100 person-years) during open-label use.

Although tenofovir DF/emtricitabine has been safe and effective for PrEP, concerns about long-term safety remain because of its known adverse effects on bone and kidney function. Alternate agents for oral PrEP would be desirable. Maraviroc, the only antiretroviral that blocks HIV entry through interaction with the CCR-5 co-receptor, has been proposed as a suitable candidate for PrEP. One hundred eighty-eight women who engaged in condomless vaginal or anal sex were randomized to 48 weeks of one of three PrEP regimens: once-daily maraviroc; maraviroc plus emtricitabine; or maraviroc plus  tenofovir DF.9 No new HIV infections occurred. At the end of the study, only 60% of participants had study drug detectable in the blood, suggesting adherence was suboptimal. Adverse effects were commonly reported but did not differ among arms. This study is hard to interpret because it was not designed to test efficacy, and the risk of HIV infection in this study population is unknown. Further studies will be necessary to prove the role of maraviroc in PrEP.

Although PrEP with daily or on-demand antiretrovirals can be very efficacious, many at-risk individuals do not maintain the high level of adherence needed. Therefore, alternate methods of PrEP are needed. A dapivirine-impregnated intravaginal ring was previously reported to reduce HIV infections in high-risk women by a disappointing 27%.10 These rings are designed to be replaced monthly but can be removed and reinserted by the user between scheduled replacements. A new analysis assessed adherence by measuring the amount of dapivirine remaining in returned rings.11 High levels of remaining drug suggested the rings had been removed for longer periods of time, whereas lower levels suggested they had been left in place. After correcting for adherence, estimates of ring efficacy improved to at least 65%. This method of PrEP may provide an alternative for women who cannot adhere to oral PrEP regimens, but it also appears to have its own adherence issues. As options for PrEP increase, selecting the best method for each individual will be essential.

Long-acting injectable antiretrovirals are one of the most anticipated developments in prevention research. Long-acting formulations of the investigational integrase inhibitor cabotegravir and the non-nucleoside reverse transcriptase inhibitor rilpivirine are being studied for both treatment of HIV-infection and PrEP. In HIV-infected volunteers already virologically controlled by oral ART, viral suppression has been maintained for 48 weeks using the combination of these two agents injected intramuscularly either monthly or every other month.12 Although injection site reactions were common, safety and tolerability were otherwise good. A pilot study of cabotegravir injections in HIV-uninfected men also found good acceptance of the regimen.13 However, a possible limitation to the use of long-acting rilpivirine for PrEP was suggested by the finding of detectable levels in blood and genital secretions as long as 18 months after a single long-acting injection.14 Although persistence of drug is desirable for efficacy and dosing convenience, very slow elimination could result in long periods with subinhibitory concentrations after PrEP discontinuation, predisposing to infection with resistant viruses. Data on the rate of elimination afterward will be needed for any drug being considered for long-acting PrEP. 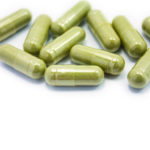