Across the globe, suicide is regarded as a public health problem.1,2 Both the World Health Organization (WHO) and Centers for Disease Control and Prevention (CDC) are calling for greater public awareness, improved health provider education, and better health care strategies to prevent suicide.1,2

The COVID-19 pandemic has increased the sense of loneliness and isolation. At the beginning of the pandemic in March 2020, emergency department visits for non-COVID emergencies decreased. However, when ED visits between March 15 and October 10, 2020, were compared with the same period in 2019, the counts were significantly higher for suicide attempts (n=4940 vs 4656, P =.02).3

Nearly 48,000 people in the US and more than 700,000 persons worldwide died by suicide in 2019.1,2 Incidence rates of suicide are likely underestimated because misclassification of deaths is common.2,5,6 Suicides may be misclassified as accidents or unintentional injuries because of uncertainty about the decedent’s intent, social stigma, or the criminality of suicide in certain countries. Stigma may also be the reason why persons who die by suicide do not seek help.

Amongst racial and ethnic groups in the US, persons of American Indian/Alaska Native descent have the highest suicide rates (18.4%) followed by non-Hispanic White persons (16.7%).10 In 2019, rural vs urban disparities in suicides were especially notable, with most rural areas experiencing approximately 80% higher rates compared with most urban regions.11 Over the same period, suicide death rates were 3.5 to 4.5 times greater in men than women.12 Older adults, particularly those with chronic illness, military veterans, and those in the LGBTQ community are also at increased risk for suicide.1,2,13

Almost all patients who die of suicide have an underlying mental health disorder, most commonly major depressive disorder (MDD) and bipolar disorders I and II.14 Persons affected by bipolar depression are 20 to 30 times more likely to die of suicide than the general population.15 The depression in MDD and bipolar disorders I and II is characterized by a persistent feeling of sadness or loss of interest in activities and significantly impairs daily functioning. According to the Diagnostic and Statistical Manual of Mental Disorders, Fifth Edition (DSM-5), MDD is diagnosed when an individual presents with 5 or more specific symptoms nearly every day for  2 weeks (Table 1).16

Major depressive disorder is particularly common in adults aged 55 years and older, and its prevalence rises with increasing age.17 An estimated 10% to 15% of older adults have clinically significant depressive symptoms in the absence of a diagnosis of MDD.17 Risk factors such as chronic diseases, disability, isolation, and lack of social support are related to depression in older adults.18 Cognitive impairment often accompanies MDD in older adults and can be mistaken for dementia. Older adults engage in suicidal behavior with greater planning and lethality of intent than younger individuals.19

During the past decade, emergency department visits for suicide attempts and suicide ideation have doubled among pediatric patients.20 Major depression may affect up to 12% of adolescents and has been observed in children as young as 3 years.21 However, because of symptom variation from adult diagnosis criteria, MDD is often left untreated in children and adolescents. Young children are less able to verbalize their feelings and thus unable to meet the DSM-5 criteria for MDD.21 Instead, they often present with more somatic complaints, anxiety, irritability, self-destructive behavior, and diminished social activity.21

Young adults and adolescents report higher rates of depression than any other group in the United States.21 Depressed teens often present with low self-esteem, impulsivity, anxiety, poor school performance, sleep and appetite disturbances, and substance use disorders.20-22 Adolescents with depression are often involved in risk-taking behaviors such as substance abuse or self-harm.20,21 They are also often exposed to risk factors such as cyberbullying and shaming on social media.20,23 Adolescents in the LGBTQ community are particularly at high risk for suicidal ideation and suicidal activity and have an earlier onset of suicidality and faster progression from suicidal ideation to an actual plan than heterosexual adolescents.23,24

In 2019, the suicide rate in military veterans was 52.3% higher than in nonveterans. Younger veterans are more likely to have suicidal ideation and to follow through with a suicide attempt than older veterans.30,31 Combat veterans have elevated rates of suicide attempts and other conditions such as PTSD, substance abuse, and chronic pain compared with noncombat veterans.32 Childhood trauma has an even stronger association with suicide in veterans than combat experience.33

Nurses have a higher risk for suicide compared with the general population because of workplace stress.34 Most nurses who are at risk for suicide do not receive treatment because they are generally not able to take time off during the workday to seek mental health care and are too fatigued to seek care on days off.35

A prior history of attempted suicide is the strongest single factor predictive of suicide.2 One out of every 100 suicide attempt survivors will die by suicide within 1 year of their index attempt, a risk approximately 100 times that of the general population.36 Major depressive disorder, bipolar disorder, anxiety disorders, alcohol and substance abuse, and schizophrenia are psychiatric diagnoses that are highly correlated with suicide.37

Precipitating events for persons who take their own lives include the death of a loved one, loss of a job, breakup of a marriage, school or social failure, sexual identity crisis, or trauma. In addition, people may attempt suicide as an alternative to intolerable life circumstances, such as abusive relationships, occupational stresses, and chronic isolation. It is important to note that suicide is generally not caused by 1 event, but is rather an outcome of many underlying factors that accumulate into feelings of hopelessness.

Table 2.  Factors Common Among People Who Die by Suicide40

As of 2019, 90% of people aged 18 to 29 years used at least 1 form of social media regularly. Heightened rates of substance abuse, anxiety, and lack of socialization are associated with frequent use of social media.42 Social media use increases adolescents’ exposure to harmful and suicidal behaviors, normalizing the behaviors and possibly increasing the risk for suicide and self-harm in those who frequently use social media.43

The evaluation of a patient who may be suicidal includes an assessment of ideation, method, plan, and intent. The clinician should first determine the presence of suicidal ideation (thoughts), including their content and duration. The patient should be questioned about their intended method and if there is a suicide plan. The clinician should consider the patient’s accessibility to the means of carrying out the act of suicide.38

Firearms are the most commonly used method of self-inflicted injury or suicide. The second and third leading methods are suffocation (eg, hanging; approximately 25% of suicides) and poisoning (eg, drug overdose; approximately 15%).38 More than 20,000 firearm suicides occur each year in the US, and estimates of the annual prevalence of firearm suicides range from 6 to 10 per 100,000 individuals.45 About one-third of veterans possess firearms, and those with suicidal thoughts tend to store firearms less safely than those without suicidal thoughts.46

Clinical assessment of a patient to predict if they will attempt or carry out suicide is difficult. Clinical assessments performed by primary care clinicians, emergency department clinicians, and mental health professionals have shown low predictive value.47 Depression assessment tools have been used in clinical practice, but are better measures of depression severity rather than suicide risk.47 The Columbia-Suicide Severity Rating Scale (C-SSRS) is the gold standard assessment tool used in clinical trials; however, it has been criticized as labor-intensive and insensitive to severity of suicidal risk.48,49

The recognition of suicide as a public health issue has resulted in the development of evidence-based prevention programs to decrease suicide-related mortality. The QPR tool is an internationally recognized suicide prevention program that stands for Question, Persuade, and Refer.50 This training teaches laypersons and health care providers to recognize and respond effectively to someone exhibiting suicide warning signs and behaviors50:

For the QPR strategy to be effective, the following 4 elements must be in place51:

3. Early referral. Linking the at-risk person to local resources or calling a toll-free crisis number for evaluation is essential to reducing immediate risk (See Tables 3 and 4). As most people thinking about suicide are suffering from an undiagnosed and/or untreated mental illness or substance abuse disorder, accessible professional services are essential as soon as possible.

4. Early professional assessment and treatment. As with any life-threatening crisis or illness, early detection, assessment, and treatment results in reduced morbidity and mortality.

Table 4. Warning Signs for Suicide That Require Intervention by a Mental Health Professional51

The QPR intervention is available as an online curriculum divided into tutorial sessions with an expert trainer. It involves a short program of study, learning through role-play, case scenarios, gaming, and after completion, a certification examination. The training can also be specialized for specific populations such as nurses, coaches, caregivers of veterans, and teachers.

This program has been likened to CPR in that it is a life-saving intervention.50 Numerous studies have found that QPR training changes trainee attitudes about mental illness, enhances knowledge about suicide, teaches assessment of suicidal behavior, and increases preparedness for mental health emergencies.52-54 Despite these positive trends, research has not yet shown that training programs such as QPR decrease suicide rates in the community since this measure is difficult to study in a randomized controlled trial.54

Every suicide death is preventable, however, numerous studies find that clinical assessment of a patient to predict if they will attempt or carry out suicide is difficult. The recognition of suicide as a public health issue has resulted in the need for evidence-based prevention programs. While not all health care providers are expected to provide the services of a specialized mental health care professional, each health care provider does have a role in assessing an individual for suicide risk and referring them to appropriate emergency resources. 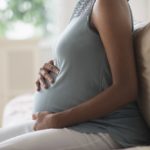