The Food and Drug Administration (FDA) has approved Dificid (fidaxomicin) for the treatment of Clostridioides difficile-associated diarrhea in adult and pediatric patients aged 6 months and older. Previously, the treatment had only been approved for adults ≥18 years of age. Additionally, an oral suspension formulation of fidaxomicin, a macrolide antibacterial, has also been approved.

As for safety, the most common adverse reactions in pediatric patients treated with fidaxomicin were pyrexia, abdominal pain, vomiting, diarrhea, constipation, increased aminotransferases and rash.

Dificid is currently available as a 200mg tablet. The oral suspension will be supplied as granules in bottles containing 5.45g of fidaxomicin (40mg of fidaxomicin per mL after reconstitution). 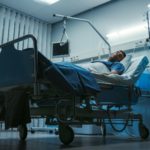 Prevalence and Length of Hospital Stay for Clostridioides difficile Infections