Facility-level rates of hospital-onset Clostridioides difficile (formerly Clostridium difficile) infection (CDI) have been found to decrease correspondingly with lower usage of antibiotics, specifically third- and fourth-generation cephalosporins, and fluoroquinolones, according to a study published in Clinical Infectious Diseases.

This ecologic analysis included data from 549 acute-care hospitals from between 2006 and 2012. Hospital-onset C difficile was defined by a secondary CDI diagnosis on the ICD-9-CM diagnosis code, plus inpatient oral vancomycin or metronidazole treatment started at least 3 days after hospital admission. Individuals whose discharge records indicated age >18 years, and had available data on demographic and facility characteristics, use of medications, and specific procedure and diagnostic codes were included in the study. Multivariable generalized estimating equation models were used for analysis, with adjustments made for hospital and patient characteristics.

Limitations to this study included the usage of administrative data, a lack of data on diagnostic practices and hospital infection control, and a lack of assessing for interactions between different antibiotic classes. 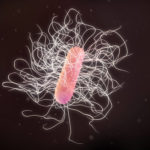